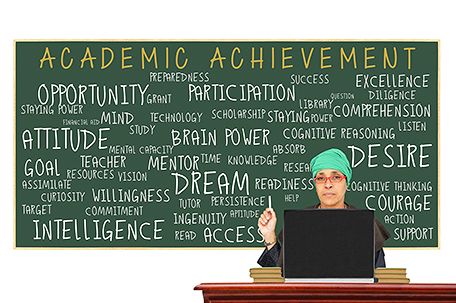 The struggle for self-determination for Black people in America has been and will continue to be long and arduous and any interruption can and will seriously and possibly permanently, cripple the movement.  Complicating our efforts is the fact that the clock is still running.  No matter where we are in the struggle or what we want to  accomplish, the American machine continues to move at unbelievable speed, which makes slowing it down to allow Black people to catch up impossible. Blacks face extinction or the relegation to a permanent second class citizenship if we don’t figure out how to restart the movement and design, build, and fly the plane at the same time.

Brothers and sisters, what direction are we heading in now?  What are the current goals and objectives for the Black family in America and who is managing the outcome of those goals?  To make a point, I would like to use a football analogy.

Everyone from the front office to the players is working to win the game on the field.  The team is led by a host of coaches under the leadership of the head coach, who creates a ‘game plan’ that helps the offensive team to score against their opponents every time they hit the field, the defensive team stop their opponents from scoring, and the special teams make life difficult for opponents by putting them in the worst position on the field to mount an offensive.

The Black community is under extreme pressure because it too has an opponent and that opponent’s goal is to continue the oppression of Black people in American. The sad reality is that the Black community has, not only no offense, but also no defense.

Where is the effort and energy being deployed for the game of life that is being waged on behalf of the Black community for its self-determination?  The answer is that it’s not happening and the sad reality is that we have no chance at maintaining or advancing the movement without a planned approach. Most, if not all of the issues that impede our ability to chart our own destination resides in our inability to have capital.  Many have confused capital with income and my argument is that while we have passed the $1trillion mark in terms of income, that number is misleading because 1) if you factor in the nearly two-thirds of our population living at or near poverty, high incarceration rates among Black men and the high levels of unemployment and underemployment especially among Black men, the $1trillion in income should actually be closer to $4 trillion and 2) income doesn’t equate to capital, which is what you need to create wealth. When you consider that Blacks have almost no wealth and this where it all begins, parity would take nearly $14 trillion to achieve.

If Blacks don’t own any real portion of America’s wealth, we can never achieve self-determination.  And if we’re unable to achieve our own self-determination, technically the Black man in America is still not free. Therefore, he has the dubious distinction of being the highest paid slave in the world.

While the Emancipation Proclamation signaled the end of the American institution of slavery, the lack of wealth in the Black community has held it back. Currently, nearly 90 percent of all of the nation’s wealth was passed from one generation to another. While not all white people are rich, there is a massive disparity between the net assets of the average White family versus the average Black family. This plays out in educational opportunities, housing and neighborhood selection, capitalization of entrepreneurial aspirations, and a genuine ability for self-determination for Black people.

In spite of the economic position Blacks were left in after emancipation, Blacks would make real progress in nearly every area were it not for the oppression faced by Blacks at the hands of by racist Whites in the form of the Ku Klux Klan and Jim Crow laws. Blacks responded with a civil rights battle that would consume them for nearly 60 years, but ultimately placed them further behind economically.  Not having economic and political freedoms was damaging to the Black community.  While Blacks might have won the civil rights battle, we continue to lose the economic war.

Equality is a state of being equal in quantity, degree, value, rank, ability, and opportunity. I will primarily focus on ‘quantity.’ Black people, because of their start in this country, don’t have the equality of ‘quantity.’  Basically, if Blacks represent 13percent of the nation’s population, Blacks should own 13 percent of the good demographics (i.e. wealth, income, businesses, etc.) and also 13 percent of the bad demographics (i.e. academic failures, incarceration, unemployment, health, etc.).  The sad reality is that Blacks are nearly invisible in the good demographics and dominate the bad ones,

The fact that we have so many leaders in effect leaves us leaderless. The problems the Black community faces are real and monstrous and having a loose approach to solving them is equivalent of not doing anything at all.  This model cannot work especially when the opposition is well organized and well resourced.  Some have put all of the lack of progress on the Black elected officials, which is flawed.  While one of the more visual gains made by Blacks over the past 50 years has been increased political participation with Black representatives at local and state government elections on city council, state representatives and senate and in some cases mayor, it hasn’t been equitable. In fact, while Blacks might have the largest voting bloc in many cities, they lack any real political power because Black elected officials refuse to work together as a caucus.

Black political accomplishment hasncome at a significant cost to the Black community because Black politicians are now considered to be the leaders in the Black community. The more effective groups in America have a combination of private citizens and business leaders taking rhe lead and determining the political agenda. Politics works best when the politician’s agenda is driven by the private sector.  In addition, because of the financial contributions made by the Black private sector to any Black candidate, they can also hold the Black elected officials accountable.  Unfortunately, during the same period of political growth Black business leadership has decreased. This dynamic creates several problems for the Black community including giving non-Blacks the ability to control the Black political agenda and politicians, shrinking of the Black economic agenda and the delivery of its most needed outcomes; and a false belief that many Black elected officials are the leaders of the Black community.

Our issues are more complicated because the millennial generation, those that have grown up in this so-called postracial environment all of their lives, have either ventured out of their Black enclaves, or have been blessed with resources and have seen little or no racism, so they’ve  become disconnected from their Black cultural heritage and the need for the ongoing fight. Because of this and other factors like individualism and self-destructive behavior, many young Blacks don’t understand the real threat of White supremacy. By deduction, because of the alarming disparities between Blacks and Whites, their lack of understanding of the influences and legacy of slavery means they must have a subconscious belief in Black inferiority.  Many have bought hook, line, and sinker into the idea of assimilation, an  illusion of inclusion that many of our elders have already attempted.

While we have a number of proposed solutions, none seem to be coordinated and consolidated.  We have too many leaders and too many different strategies, which unless combined and coordinated will not have the capacity to move the needle for Black people.  If the Black community is unable to organize and restart this movement, it’s the equivalent of having a peewee football team play the New England Patriots.