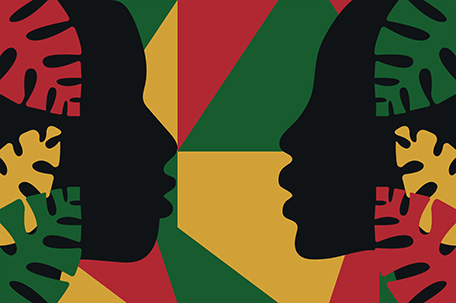 At least we get an extra day this year. Thanks to Leap Year, this month that has been officially designated for celebrating Black history will extend to 29 days, instead of the usual 28. I suppose that should be some consolation to those of us who lament the compartmentalization of Black history and yearn for the day when our history is fully and transparently integrated into the story that is told from coast to coast about this nation.

The cordoning off Black History to the shortest month in the year is in some regards arbitrary and accidental. This celebration began in 1926 with the observance of Negro History Week that coincided with the birthdays of Abraham Lincoln and Frederick Douglass during the second week of February. It was the brainchild of Carter G. Woodson, one of our great scholars and the creator of the Journal of Negro History. His intentions were noble, and in the context of his times, setting this celebration in February made sense, given that Lincoln and Douglass were to his generation what Barack Obama and Martin Luther King Jr. have been to ours.

Nobility aside, relegating the celebration of Black history to the shortest month of the year just emphasizes the ways in which our history has been marginalized by an intentional architecture that is designed to support a pretense of the American Dream. At best, the reality of Black history complicates the narrative that – until Trump and Trumpism – characterized the promise of this nation:

Give me your tired, your poor,

Your huddled masses yearning to breathe free, The wretched refuse of your teeming shore.

Send these, the homeless, tempest-tost to me, I lift my lamp beside the golden door!

Emma Lazarus’ sonnet expressed the idea of an America that was a land of opportunity and deliverance for those whose own countries of origin offered neither; but that idea only holds together if the American story is limited to that of European immigrants and their descendants. If Black history is included, suddenly that story falls apart; and if Native American history is considered as well, the story is even more complicated, filled with tension and conflict, and marked by seasons of deep moral darkness and depravity. This is a nation that was established on stolen land and built by slave labor that has never been compensated to this day.

The desire to separate these minority reports from the narrative of American history has been part and parcel of White people’s reluctance to confront the sins of their fathers and mothers – and the reality of their own privilege. As a matter of principle and practice, meaningful confrontation requires accountability, and accountability requires the “courageous conversations” that touch on all of the uncomfortable things that we are told to avoid at the holiday dinner table with family. It’s hard work, and we are only now seeing a broadening willingness (in some circles) to confront the demons of the past.

The full integration of Black history (and Native American history) is a prerequisite to telling the whole story of the United (in name only) States of America. The spectacle of the president’s State of the Union speech this week was just another excruciatingly painful and stunning reminder of how deep the divisions in this country still are, and how deeply rooted those divisions are in the disparate narratives that we cling to as we consider our identity as Americans.

Donald Trump, a president who has spent three years trafficking in bigotry, xenophobia and white nationalism, pimped Black people – from a war hero to a single mother seeking a better education for her daughter – while explicitly trying to make the case that Black and brown people should vote for him because of everything he has accomplished on their behalf. I lamented on social media that Trump must think we are “easily duped” to believe that he could trash the Obama administration while simultaneously trying to claim credit for economic trends that were the direct results of Obama’s work over the course of two terms. Only those with short and selective memories – the type of memories that have guarded the incomplete story of America – will fall for such duplicity and accept it as true.

Black people in this country have survived, thrived, persisted and persevered in spite of the systematic and conspiratorial efforts of government, the private sector and religious institutions to doggedly enforce white supremacy, white privilege and the Anglo-Saxon myth by any and all means necessary. The incomplete American story is ever inclined to highlight those who have overcome the odds, climbed many mountains and pulled themselves up by their own bootstraps. Black people have built their own boots, climbed mountains that no one else was expected to climb and overcome odds that no one else had to encounter or engage.

The full integration of Black history into the American story is not only necessary as a matter of justice, it also promises to give that American story a sense of God’s miraculous power moving through the lives of people who have endured unspeakable brutality, generational poverty and oppression, and ongoing victimization. Whether we are being used as props to distract from a racist agenda, or whether we are being called out by Trump as S.O.B.s for pointing out the blind spots in the incomplete American story, we remain on the margins fighting for full dignity and inclusion.

The story of our struggle is a story of resilience, resistance and triumph-in-the-midst-of-tragedy that actually has the power to redeem this nation from the sins of the fathers and the privilege of the few that has come at the expense of the many.

If we are going to accomplish all of that, I think we need more than a month. But at least we get an extra day this year.