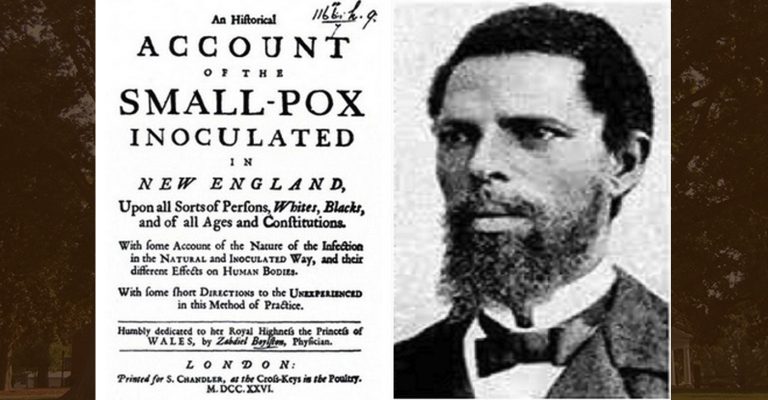 Onesimus, born in the late 1600’s, was an African-born man who introduced the medical procedure of inoculation to the U.S. when he was enslaved in 1706 to New England Puritan minister Cotton Mather.  Onesimus, whose name was given to him by the minister, was instrumental in the mitigation of the impact of a smallpox outbreak in Boston.

In 1716 or shortly before, Onesimus had described to Mather the process of inoculation that had been performed on him and others in his society in Africa (as Mather reported in a letter): “People take Juice of Small-Pox; and Cut the Skin, and put in a drop.” Onesimus is believed to have been inoculated at some point before being sold into slavery or during the slave trade, as he most likely traveled from the West Indies to Boston.

The variolation method of inoculation was long practiced in Africa among sub-Saharan people.
The practice was widespread among enslaved colonial people from many regions of Africa and, throughout the slave trade in the Americas, slave communities continued the practice of inoculation despite regional origin.