Black Culture is About Achievement, It’s About Greatness, and it’s About Excellence (part two) 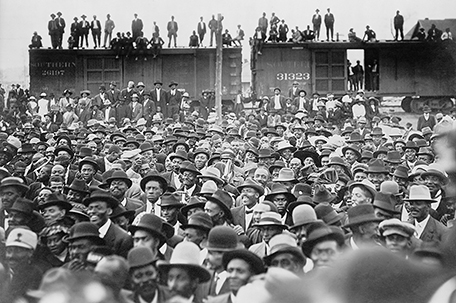 In part one of my series, I wrote about the distinction between Black culture versus the assimilated Black and American culture and the diversity of the Black community.

While we may be represented in every demographic,  the ultimate origin of Black America is Africa no matter how we came here. For nearly 600 years, Blacks worldwide have been conquered by Europeans and subjected to the colonization of African language, education and religion that promotes  white supremacy.  Culture — a complex whole that includes knowledge, beliefs, the arts, laws, morals, customs, and capabilities and habits acquired by man as a member of a society—is a powerful human tool for survival, a fragile phenomenon, and a group’s external brand. It also determines how a group is viewed and what the group expects.

It would be easy for White America (and if we’re honest Black America) to view Black people and their current social and economic conditions as a true reflection of our group brand, but that would be wrong. That Blacks dominate  every negative demographic and near invisible in every positive one didn’t happen overnight. .  These disparities, which have damaged Black people for future generations,  are alarming. They have their roots in slavery and have been structurally cemented and systemically reinforced throughout all of America’s institutions.

What’s promoted about Black people today ignores our true history and the damage that has been done to us and also reinforces the  White Supremacy/Black Inferiority argument. These attitudes have been passed down from generation to generation and have been aided by a combination of a media propaganda machine, the removal of Black achievements from history books, and the generational trauma connected to the nearly complete loss of Black people’s heritage and culture.

In spite of the barbaric conditions associated with chattel slavery, our ancestors forged and nurtured culture, formed and maintained kinship networks, established loving familial relationships, raised and socialized children, maintained spirituality and religion, and created a rich expressive culture in which they articulated their feelings, hopes and dreams for a future where they would be a free people. This is the true culture and greatness of Black people. Contrary to what you may have read in the history books, our ancestors weren’t passive participants in slavery. There was massive resistance.

While there’s little evidence in the history books about this, Africans fought against and resisted slavery in their homeland, on the seas, and in America, fighting their captives frequently and sometimes to the death. Those who weren’t killed due to their resistance chose to jump off of the ships and commit suicide rather than be enslaved. Slaves also employed methods like theft, sabotage and feigning illness as modes of resistance.

While the odds against slaves succeeding at a rebellion or escaping were overwhelming, it didn’t keep them from trying. The most common form of overt resistance was flight. As early as 1640, our enslaved ancestors in Maryland and Virginia absconded from their enslavement, a trend that would grow into the thousands, and, eventually tens of thousands, by the time of the Civil War.

During the early years of slavery, runaways tended to consist mostly of African-born males. Since African-born men were in the numerical majority through much of the 18th Century, this should not surprise us. For the most part, these men did not speak English and were unfamiliar with the geographic terrain of North America. Their attempts to escape slavery, despite these handicaps, are a testament to the rejection of their condition. If caught, these runaways faced certain punishment— whipping, branding, and even the severing of the Achilles tendon. In fact, many attributed the origins of today’s police forces to the organized bounty hunters who thrived off finding and returning runaway slaves back to their owners.

Those lucky enough to evade detection sought sanctuary in a variety of safe havens ranging from Native American communities, to marshy lowlands like the Great Dismal Swamp along the Virginia/North Carolina coastal border to Canada and the free states of the American North. By the 19th Century, the North was an attractive destination for acculturated, American-born slaves. Networks of free blacks and sympathetic whites often helped ferried slaves to freedom via the Underground Railroad, a chain of safe houses that stretched from the American South to free states in the North. Men continued to be predominant among runaways, although women, and even entire families were increasingly likely to test their chances in the flight for freedom. As the Civil War unfolded, many slaves abandoned their masters’ plantations, sometimes joining the Union army in what many perceived to be a war to end slavery forever.

The most spectacular, and perhaps best-known, forms of resistance were organized, armed rebellions. Between 1691 and 1865, at least nine slave revolts erupted in what would eventually become the United States. Slaves commandeered weapons, burned and looted properties, and even killed their masters and other whites, but whites were quick to exact a brutal revenge. In the bloodiest American revolt, Nat Turner and several hundred comrades killed 60 whites. The retribution for these rebellions was extreme and barbaric but it never stopped our Ancestors from fighting for their freedom.

Eventually, the resistance and rebellion of the enslaved Africans paid off when the transatlantic slave trade was ended.Many who were on British-owned plantations were made free in 1838.

I contend that when America speaks about its economic dominance in the world today,  it must acknowledge the tremendous and remarkable contributions of our enslaved ancestors..  Many historians acknowledge this fact and the disadvantage that other countries had because of it.

Legally owned throughout their lives, our ancestors created wealth that made economic growth possible in the US and further developed capitalist production.  The exploitation of our enslaved ancestor’s labor was the backbone for US economic activity and prosperity.  Because of this, it was essential for  America’s governmental apparatus to facilitate the expansion and entrenchment of institutional racism in both slave and non-slave holding states through the creation of slave codes, laws which defined the status of slaves and the rights of slave owners.

Once Blacks begin to tell the stories of our ancestor’s, including our enslaved ancestor’s contribution to the ultimate abolishment of slavery, you too will conclude, like I have, that Black culture is about achievement, greatness, and excellence.

In my next article I will continue this theme by describing the greatness of Black people in the 19th & 20th centuries despite all of the impediments in their way.

Black Culture is About Achievement, It’s About Greatness, and it’s About Excellence