Black Culture is About Achievement, It’s About Greatness, and it’s About Excellence (Part 3) 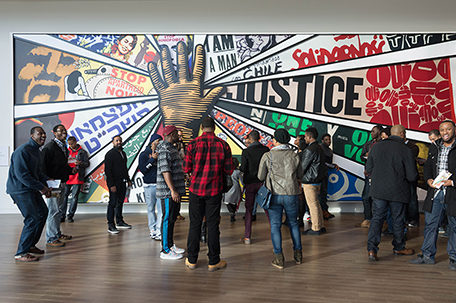 How should one define what greatness is for a group? The terms “great” and “greatness” are subjective and depend on the perspective of those who apply them. While in some cases, a person’s greatness might be agreed to by many, it isn’t necessarily unanimous.

When it comes to Black accomplishment, I believe that when it’s put in context and fully discussed, the conclusion that can be reached is that if nothing else, the Black man is resillient.

In part two of my treatise on Black Culture and achievement, I tried to dispel the myths about the passive participation of Blacks during their 300-years of American enslavement.  In spite of the barbaric conditions they were forced to exist under, our ancestors forged and nurtured culture, maintained kinship networks, established loving familial relationships that included the rearing and socialization of children, maintained their own spirituality and religion, and created a rich, expressive culture in which they shared their hopes and dreams for a future that included their freedom.

All of our ancestors wanted out of slavery and many risked their lives in resistance to it. Once understood, the resistance should be viewed as a great achievement because it didn’t lead us to become vindictive and filled with misdirected anger. Blacks not only survived, but thrived.  The more I read about the day-to-day life of our enslaved ancestors, the more I conclude that to keep a sense of human dignity in spite of the horrible conditions they lived in as chattel slaves is a sign of greatness in and of itself. It’s safe to say that the American institution of slavery was no picnic for millions of Blacks and this was not a single event. When uncovered, slavery was a barbaric and brutal system that threatened not only the lives of the millions of victims impacted by it, but has also led to the psychological damage that still plagues their ancestors.

As we get more information about the Jim Crow laws of the south, the new plantations of the north, and the civil rights movement for Black people in America, I become more convinced that the deck has been stacked against the Black man in America and I also wonder why unstacking it leads to so much opposition and rage on the part of Whites. Some days, I see powerful institutions colluding to keep Blacks enslaved and at the bottom of the economic ladder, institutional agendas that come together in a way that disadvantages Black people, and a perception that Black people don’t matter, something that is hard to fight because Blacks have the weakest voice and are also unprepared to fight.

In November 1863, President Abraham Lincoln was invited to deliver remarks, which later became known as the Gettysburg Address, at the official dedication ceremony for the National Cemetery of Gettysburg in Pennsylvania, which was the site of one of the bloodiest and most decisive battles of the Civil War,a war spurred by the decision by Southern states to secede from the Union when Lincoln wanted to abolish slavery.

From July 1 to July 3, 1863, the invading forces of General Robert E. Lee’s Confederate Army clashed with the Army of the Potomac (under its newly appointed leader, General George G. Meade) in Gettysburg, some 35 miles southwest of Harrisburg, Pennsylvania. Out of the roughly 170,000 Union and Confederate soldiers that fought in the Battle of Gettysburg, 23,000 Union soldiers, (more than one-quarter of the army’s effective forces) and 28,000 Confederate soldiers, (more than a third of Lee’s army) were killed, wounded or missing. After three days of battle, Lee retreated towards Virginia on the night of July 4th . It was a crushing defeat for the Confederacy.

“Four score and seven years ago our fathers brought forth on this continent, a new nation, conceived in liberty, and dedicated to the proposition that all men are created equal…….. that this nation, under God, shall have a new birth of freedom — and that government of the people, by the people, for the people, shall not perish from the earth (The Gettysburg Address)”  The 273-word speech is considered by many historians to be the greatest speech in American history because Lincoln invoked the principles of human equality contained in the Declaration of Independence and connected the sacrifices of the Civil War with the desire for “a new birth of freedom,” as well as the all-important preservation of the Union created in 1776 and its ideal of self-government.

In spite of their position, Blacks fought in both the American Revolution and the Civil Wars.  Originally,  free Black men wanting to enlist in U.S. military units were turned away. But by mid-1862, a combination of an escalating number of former slaves, a  decline in the number of white volunteers, and the Union Army’s pressing need for personnel pushed the government into lifting the ban on Negro soldiers. On July 17, 1862, Congress passed the Second Confiscation and Militia Act, freeing slaves who had masters in the Confederate Army and two days later, slavery was abolished in the territories of the United States.  After the Union Army turned back Lee’s first invasion of the North in the Battle of Antietam in Maryland, and the Emancipation Proclamation was subsequently announced, Black recruitment was pursued in earnest. Volunteers from South Carolina, Tennessee, and Massachusetts filled the first authorized Black regiments. Recruitment was slow until Black leaders such as Frederick Douglass encouraged Black men to become soldiers to ensure eventual full citizenship.  In fact, two of Douglass’s own sons contributed to the war effort.Volunteers began to respond, and in May 1863 the government established the Bureau of Colored Troops to manage the burgeoning numbers of Black soldiers.

“Once let the black man get upon his person the brass letter, U.S., let him get an eagle on his button, and a musket on his shoulder and bullets in his pocket, there is no power on earth that can deny that he has earned the right to citizenship.”

By the end of the Civil War, roughly 179,000 Black men (10 percent of the Union Army) served as soldiers in the U.S. Army and another 19,000 served in the Navy. Nearly 40,000 Black soldiers died over the course of the war—30,000 of infection or disease. Black soldiers served in artillery and infantry units and performed all of the noncombat support functions that sustain an army including carpentry, ministry, cooking, and nursing. There were nearly 80 Black commissioned officers. Black women, who could not formally join the Army, nonetheless served as nurses, spies, and scouts, the most famous being Harriet Tubman who scouted for the Second South Carolina Volunteer Infantry. Because of prejudice against them, Black units were not used in combat as extensively as they might have been. Nevertheless, the soldiers served with distinction in a number of battles and fought gallantly. In the assault on Fort Wagner, in 1863,  the 54th Regiment of Massachusetts Volunteers, the soldiers memorialized in the film Glory, lost two-thirds of their officers and half of their troops. By war’s end, 16 Black soldiers had been awarded the Medal of Honor for their valor.  I consider these and many other acts of bravery and sacrifice part of a Black culture of achievement, greatness and excellence.

The mere mention of two of our American heroes Frederick Douglass and Harriet Tubman invoke the memories of so many of our ancestors who demonstrated extraordinary leadership and courage under the most hostile conditions..Isn’t this greatness?  Blacks have defended this democracy since its inception in spite of its lowly position then and now.  Blacks have spilled their blood in every American war even when the act of fighting elicited hate and prejudice against them and second class citizenship greeted them when they returned home.

The Rev. Dr. Martin Luther King, Jr. protested the Vietnam War not only because he believed it was immoral, but also because he felt that the American government’s willingness to spend millions of dollars a day for “democracy” in Vietnam while spending no money to defend the rights of American Blacks was hypocritical. Despite this, Blacks continue to remain enthusiastic and committed to democracy, something that’s illustrated through the rate of military service among Blacks.

As Carter G. Woodson once said about Black history and culture “The celebration tends not to promote propaganda, but to counteract it by popularizing the truth.  It is not interested so much in Negro history as it is in history influenced by the Negro; for what the world needs is not a history of selected races or nations but the history of the world void of national bias, race hate, and religious prejudice.  There has been, therefore, no tendency to neither eulogize the Negro nor abuse his enemies. The aim has been to emphasize the facts in the belief that facts properly set forth will speak for themselves….”  Black culture and Black achievement are interwoven together – you don’t get one without the other.  What you will find when you study Black culture and Black achievement is the numerous “first” achievements that not only influenced the way things had been done previously but when measured under the context of everyday life for Blacks – these accomplishments become even greater and more remarkable.”

Blacks have made significant achievements in every sector of American life. Many times, these achievements don’t receive due credit thanks to the nearly impenetrable barriers of American racism. While Black culture has been emulated by almost everyone, the Black community lacks the infrastructure to monetize it, which leads to others making billions from our contributions.

Despite it’s influence on America, Black culture, in many respects, is more appreciated outside of America than within it. Let me highlight what I mean in a few important areas:

• Music – The contributions that Blacks have made to music are impressive.  In fact,  rock and roll icons like Mick Jagger and Paul McCarthy attribute their style and approach to music to the influence of artists like Little Richard, Aretha Franklin, and James Brown. R&B and Jazz are recognized as worldwide influences.

• Style and Fashion – NBA great Michael Jordan not only made dark skin men more fashionable, he also was instrumental in the resurgence of the bald head. His Jordans sneakers have also become a fashion staple. Sixers great Allen Iverson’s cornrows and tattoos created a multi-billion industry.

• Food – Soul food is enjoyed around the world and is marketed by franchises like KFC, Church’s Chicken, and Bojangle’s.

• Hip Hop – Starting in Brooklyn with neighborhood kids who were rapping, dancing and dj-ing, hip hop  has exploded on to the world stage.

• Civic Engagement and Activism – The struggle of the Black man in America has been the blueprint of every social justice movement in the world. Our efforts influenced the end of apartheid, the unification of Germany, challenges to communist China and many more organized struggles worldwide.

In spite of the many challenges that Blacks face in this country today, their contributions to America and the world are significant.  My goal is to ensure that all people (Black and white) are aware of these contributions and begin to value Black culture and its achievement, greatness, and excellence.

Black Culture is About Achievement, It’s About Greatness, and it’s About Excellence (part two)

Black Culture is About Achievement, It’s About Greatness, and it’s About Excellence