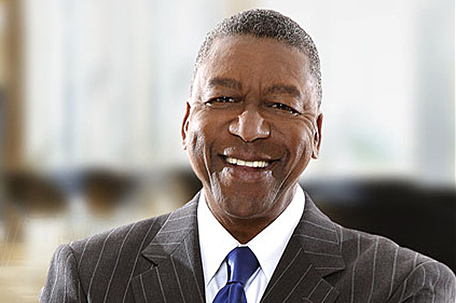 One of the post-election highlights for me was the meeting between Donald Trump and Bob Johnson.  Billionaire to billionaire, Democrat to Republican, Black to White, businessman to businessman, capitalist to capitalist, meeting on a relatively even playing field to discuss some of the “what now issues” was intriguing to say the least.  After the meeting, Mr. Johnson wrote a press release and did several interviews to disclose the particulars of that meeting.

While the press summed up Johnson’s comments in one sentence, “Let’s give Trump a shot,” there was much more to it than that. I know that because Mr. Johnson graciously agreed to allow me to interview him as well. During our nearly one hour long conversation, he spoke openly about his political position vis-à-vis the election of Donald Trump, and his thoughts, recommendations, and reflections on a Black strategy moving forward. The following are excerpts from that interview:

Jim Clingman: Discuss our participation in local and national elections.

Bob Johnson: I think when we talk about where Black American voters; and therefore Black Americans are today, we have to look at it in terms of the politics of a divided nation; we have become stagnant. You have two parties, Republican and Democrat, who get re-elected each year in terms of congressional districts because of the way district lines are drawn, where both parties have safe districts, so there’s no likelihood of being defeated in most cases. And therefore issues become rigid in their positions.  Little has changed in Senate seats but pretty much the same where you are going to have some years where the Democrats control the House and or the Senate, some years where the republicans control the house and or the senate. So it doesn’t change very much in terms of the attitude. And if you look at the polls, they show a divided nation, and there’s no such thing as term limits. So this kind of rigid stagnation stays pretty much in place.

BJ: Then you lay on the other issue that the demographics of the nation are changing where 20 to 30 years ago African-Americans were the dominant minority group.  Now as you go into 2020 Hispanics outnumber Black people, and they are scattered throughout the various states and also divided by cultural ethnicity based on their place of origin. So Mexicans are not the same as people from central and South America, Puerto Ricans aren’t the same as Cubans. And so you have this dichotomy of populations in the largest minority population that allows them the flexibility based on their cultural attitudes and origin to vote across party lines. They will vote Democrat in some states. They will vote Republican in some states. But it’s not a homogeneous vote, one way or the other.  And then you look at us. We are a block vote; we vote 95 percent one way.

JC: Right, that’s part of reason that we are ignored or taken for granted by both parties.

BJ: For a while, we supported Republicans because of the role they played all the way back to the Civil War and probably up to Richard Nixon we were a block in the Republican Party.  That started to change with John F. Kennedy where we began to move closer to the Democratic Party, and since that time we pretty much have become locked-in as an appendage of the Democratic Party. The long- term problem with that is in a divided nation, where you are locked into one party in a two-party system, and you face a rising minority class that divides its vote across party lines, you ultimately will become marginalized in your voting power.

So the Black vote is going to be locked into the Democratic vote and therefore ignored by the Republicans; their argument is, ‘We can’t get them anyway, so why try to contest for them, in fact ignore them or even actively oppose them.’

JC: So true and so simple.  It’s amazing that more Black people don’t see our political situation for what it really is.

BJ: Where the Democrats, on the other hand, see your vote locked in to these perpetual blue states and their argument is we don’t need to do anything about or for this voting segment; we got it, and we can treat it somewhat paternalistically or with patronage, but we don’t have to make any major promises to appeal to Black voters because we got them, where else are they going to go. And the result of that is we become marginalized.

JC: Just where we are right now as the transition begins.

BJ: Yes, we are marginalized in our power, and as other minority groups increase, that marginalization becomes more significant. And so I’m taking the position that the election of Donald Trump basically created what I called a seismic shift in the political situation in the U.S., that we take stock now and see how we can redefine our role in this divided nation, and I say it’s time that we return to the Congressional Black Caucus’ founding principle when those 13 members came together back in 1971:  Enshrined in a philosophy and ideology by William Clay of Missouri, “Black people should have no permanent friends, no permanent enemies, just permanent interests.”

And my position today is that we should begin to focus on our permanent interests and under that [the] rational you talk to Trump, you to talk to the Democrats, but you talk to them from a vantage point of I’m not your not friend I’m not your enemy.  I’m talking to you about my permanent interests and I will then vote and engage you accordingly. That is the essence of why I am where I am today.