Divine Muva Diva: Aunt Vie from ‘Queen Sugar,’ and the peaceful soul that portrays her on TV 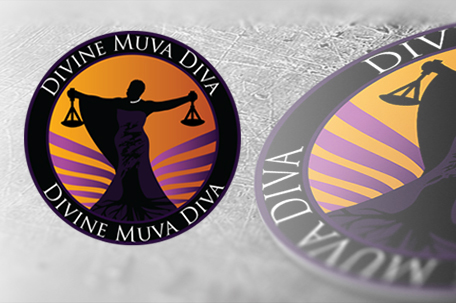 As some of you are aware, Muva can be seen found in places where many would not think to find her.  On December 6, she happened to be an invited guest at a high profile breakfast in New York  which kicked off one of the many annual Pennsylvania  Society events.

Imagine how delighted she was to learn that not only was the actress Tina Lifford, who plays the role of Aunt Vie on the OWN series “Queen Sugar”, the keynote speaker, but when she saw Muva’s ’s outfit and how much it mirrored hers, we bonded instantly AND I was able to snag a coveted interview with her.

Buckle up buttercups, and join me as we learn together about what makes this delightful woman tick.

“I feel like I got the role of Aunt Vie, by God.  They had been looking for Aunt Vie for a while,” Lifford said. “Ava Duvernay was looking for a quality that was unlike the stereotype of strong  women played on the screen up until now. She (Ava) who has such love for her own mother, was looking for someone who could play a strong role that was ineffable. What cinched it though, was the chemistry test between myself and Omar Dorsey, who plays the role of Hollywood. Aunt Vie was born.”

I asked her what is the message she wanted Black women to gain from her relationship with “Hollywood,” especially since we often get the messages that we do not deserve that kind of love.

She sat back in her chair, and told me that this is why she wrote her recent book entitled, “The Little Book of Big Lies,” which is filled with all the wrong things we believe about ourselves as a people.

“ We have bought into a bunch of lies about who we are in relationships, about  Black love, and Hollywood, and Vie interrupts the stereotype and puts a vision out there of what is possible. Black men are not always unavailable and  Black women aren’t always cold,” she said.

Lifford went on to describe how  she was able to land these breakthrough roles, starting with voiceovers in 1985. She then became the lead actor  on the television show, “South Central,” by staying centered and true to her authentic soul. She stressed the importance of self care, and soul care.

When asked what she would say to people who are seeking to become actors that they should really want it, and to find a way to get regular work while waiting on the phone to ring early on. You must create a pathway and network  and that takes time, Lifford said. You have to want it, or you will give up.

It is easy to see that she is riding the waves of her own success by continuing to be herself, and by giving herself permission to stay true to the vibrational waves that show up so effortlessly on screen.

So Lovies — what are your goals and dreams? What work are you willing to put in to get there? Do you realize that there are many “Hollywoods” and “Aunt Vies” just waiting to love you just as you are? Create a pathway for them to find you by first loving yourselves.