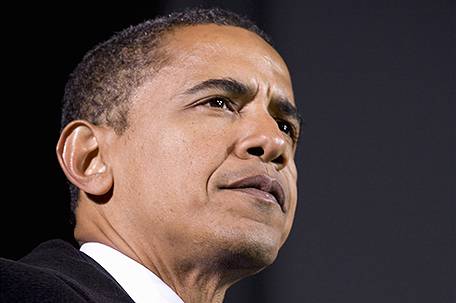 The attack on President Barack Obama’s State of the Union Address has become a virtual political ritual. The attacks came before he even uttered a word of it before Congress and the nation. His Sixth State address is almost no different.

Almost, because this time the usual attack suspects are not the GOP alone. It’s also a few Democrats. This go-round a central theme of Obama’s talk was income inequality and its corrosive, and looming disastrous effects on American society. The facts are by now well known.

Wages and income of middle class workers have stagnated, wealth is more concentrated at the top than ever, the number of poor are greater proportionately than in the past few decades, and the labor force participation has dropped to near record lows. A Pew Research Center/USA Today poll found that even a substantial majority of Republicans agree the wealth gap has become a problem.

Obama has repeatedly demanded that Congress at least take some minimal action on the problem to at least prevent the situation from getting worse He’s pushed to extend unemployment benefits, hike the minimum wage, and boost spending on job creation programs. His pleas have fallen on tone deaf GOP ears. They lambasted Obama before the speech with the bogus and facile charge that he’s promoting class warfare and especially finger pointing Obamacare as a prime example of a supposedly failed policy that hurts all Americans. This subtly reinforced the ingrained notion of millions of Obama opponents and critics that he is an unreconstructed leftist, tax and spend, big government, anti-business, Democrat. This attack line is very predictable.

The liberal Democratic critics say just the opposite. That he needs to be even more frontal and much sharper in attacking the wealth gap and the greed of the corporate rich. They implore him to rethink international trade initiatives that he’s backed that supposedly will add to the economic woes of workers and fatten the accounts of corporate industries.

The GOP and the Democratic critics target a president’s state of the union address for a simple reason. It is always one of the most watched and listened to political speeches. It’s a president’s report card on the accomplishments, the present and future planned initiatives of his administration and his vision for the country.

GOP and Democratic presidents are keenly aware that their Democratic and Republican opponents know that State of the Union Addresses boost the stature, prestige, and power of the presidency, and usually bumps up the president’s approval rating by a point or two. They also know that the opposition’s response to the speech is feeble, pale, and little watched or counted by Americans.

The history of the State of the Union speech underscores the power to shape policy and bolster the president’s image. Obama did the same by again hammering on the need to take action on his signature issues of immigration reform, defense of Obamacare, tax reform and even gun control. All drew fire.

The GOP’s attacks on Obama’s State of the Union address are not new. His first State of the Union Address was hardly spared from withering GOP criticism. The GOP harangued him for allegedly lashing out at Republicans. They hit their shrillest level with his second State on of the Union address in January 2010. GOP critics leveled all sorts of absurd charges against him before he even uttered a word of his speech. They did it again in 2012 when former Indiana governor Mitch Daniels ripped him for allegedly being a polarizing, divisive leader. In 2013, the GOP was slightly more restrained and simply accused again him of pushing a liberal agenda and warning that much of his legislative agenda was either DOA in Congress or would face rough sledding.

The GOP added one more wrinkle to its dig at Obama this year. It did it with a woman. Washington House Rep. Cathy McMorris Rodgers was carefully chosen by the GOP to deliver the GOP rebuttal. The reason is nakedly obvious. She’s a she. The GOP has been shellacked in recent years by the top heavy vote of women for Obama and other Democrats. The rebuttal from Rodgers is the party’s crude attempt at a gender image make-over. That’s even more important in 2014 with the crucial mid-term elections less than a year away.

But Obama, as in his annual addresses in the past, is on firm ground in that Americans still overwhelmingly want him and Congress to end the rancor and work together to resolve the crucial problems and issues that face the nation.

That’s not in the cards for many in the GOP and for some Democrats who are squeamish that Obama will give too much away to the GOP in pursuit of moderation. But what is sure was that his 2014 State of the Union address was under fire again just as all of his others have been.

Earl Ofari Hutchinson is an author and political analyst. He is a weekly co-host of the Al Sharpton Show on American Urban Radio Network. He is the author of How Obama Governed: The Year of Crisis and Challenge. He is an associate editor of New America Media. He is the host of the weekly Hutchinson Report on KPFK-Radio and the Pacifica Network, and KTYM Radio Los Angeles.

President Obama’s State of the Union speech under fire again

At Obama’s midpoint, an altered State of the Union

Concerned about asthma and allergies during COVID-19?