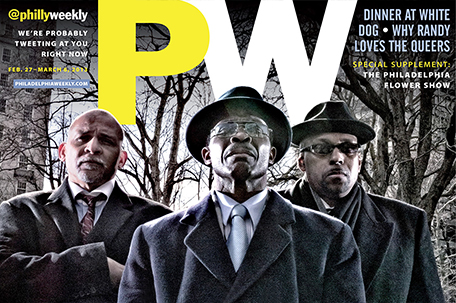 South Carolina GOP Senator Tim Scott  is the latest to spin the laughable fantasy that blacks are ripe for the GOP pickings. Scott didn’t stop at the absurd assertion that there are a lot of blacks who supposedly are pining to embrace the GOP because of its tout of business and individual initiative. He baldly declared that this supposed pent up demand to back the GOP scares the heck out of Democrats. Now Scott is hardly the first black to make this claim. Before, during and after every national election, the predictable chorus of bought and paid for black shills for the GOP start the echo refrain that the GOP will grab a big share of black votes. This supposedly will be the start of breaking the lock that the Democrats have on the black vote. It’s good theater, and makes a headline or two, and gets plenty of airtime on conservative talk radio and TV, and then the landslide black vote numbers for the Democrats promptly give lie to the claim.

With the midterms looming huge later this year, Scott just simply followed the past script with his nonsensical retort about blacks and the GOP.  But it’s still worth taking a few moments to look back at the history of black GOP mouthpieces peddling the delusion that blacks can be had for the GOP. It’s been more than a decade since two black Republicans J.C. Watts and Gary Franks served in Congress at the same time. So immediately before the 2012 presidential election, a parade of black Republicans gushed that more than a few of the record number of black Republicans that tossed their hat in the rink for state and congressional offices had a good chance of winning. This was not based totally on the willingness of the pack of blacks to run as Republicans, but supposedly reflected the profound boiling under the surface disillusionment of many blacks with the Democrats. There were more than a fair number of blacks that quietly grumbled that President Barack Obama supposedly hadn’t done much of anything to deal with high poverty and the near Great Depression level unemployment black numbers.

But the black GOP spin masters omitted one small fact. Despite the criticism of Obama and the Democrats, they did not wreak the social and economic damage, race baiting, and neglect that characterized three decades of Republican rule in the White House and the sledgehammer attacks on or malign neglect of civil rights leaders and concerns when Republicans were out of the White House.

The Republican Party, and its long, blatant, and infuriating race pandering history of has always been its own worst enemy on race. The endless foot in the mouth, racially insulting gaffes, racially loaded campaign ads by Republican officials and politicians and the refusal by mainstream GOP leaders to loudly condemn them and even defend them has continually ignited black fury for the last three decades. The fight of House Republicans against the Voting Rights Act renewal, affirmative action, the slash and burn of job and education programs, only reaffirm black suspicions that the GOP is chock full of bigots.

The Tea Party has done absolutely nothing to dispel that suspicion. Tea Party leaders loudly protest that blacks should not judge them as racists based on the quackery of a few bigots and race baiters among their ranks. The fact that those bigots and race baiters are there in the first place and with few exception Tea Party leaders have kept their mouths shut about them, let alone not drummed them out of the movement, is hardly reassurance that the Tea Party’s rage against big government, taxes and their tout of the Constitution and personal freedoms isn’t a cover for the initial fierce open resistance and now latent bigotry toward Obama.

The unshakeable loyalty of blacks to the Democrats is also based on simple pragmatism. Most blacks still look to them to fight the tough battles for health care, greater funding for education and jobs, voting rights protections, affirmative action, and against racial discrimination. Civil rights organizations were the only groups that consistently fought back against President  Ronald Reagan, George H.W Bush Sr., and George W. Bush’s draconian cuts in job, education, social service, funding and programs, their retrograde nominees to the Supreme Court appointments that would roll back the civil rights clock, and their peck away at affirmative action, civil rights and civil liberties protections.

Even when black Democratic politicians stumble and engage in borderline corrupt and self-serving feather their own nest antics, they are still regarded as better bets than Republican candidates to be more responsive to black needs. Black voters generally regard them as the politicians that accurately capture the mood of fear and hostility the majority of blacks feel toward the Republicans.

The small coterie of vocal back conservative groups delight in skewering, President Obama, black Democrats, and civil rights groups for allegedly being props of the Democratic Party. But they are deathly silent on the blatant bigotry of the GOP or worse apologize for it. Scott is simply following in that proud tradition. And that’s what makes his fantasy of legions of unnamed blacks being poised to dash to the GOP so laughable.