Alawfultruth: “A Touch of Sugar” 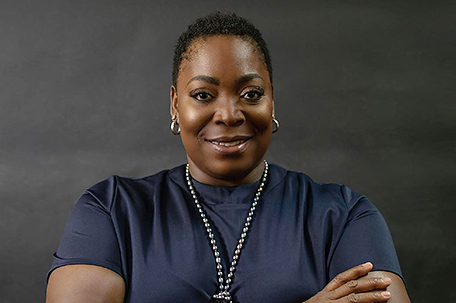 On or about August 4, 2019, while having breakfast in Martha’s Vineyard, I felt a rush of discomfort in my entire body. I thought at first that it was a hot flash, because I am of that certain age, but my gut instincts kicked in enough for me to make a doctor’s appointment, and I went further to seek the help of a nutritionist because my body had begun rejecting things I loved and ate, like shrimp.

Sure enough, after having some bloodwork done, what I have been fighting against for decades was confirmed.

Looking at the genealogy in my family, and seeing how many of my family members had had this disease going back a generation or two, I worked hard at staying active, ate in a mostly healthy way, and saw a physician at least yearly. Luckily for me, diabetes is openly discussed among us, even when the older folks would say they had a “touch of sugar,” we all knew what that meant if we paid attention.

Quite frankly, after looking at my mother, aunt and uncle when they all visited a few weeks ago, I felt like a ticking time bomb. The genealogy is no joke.

I also know of amazing athletes who were otherwise healthy who are now confirmed diabetics. The frustration on their faces at being struck by this disease despite their best efforts mirrors my own.

However, instead of quietly dealing with this new diagnosis, I have decided to be transparent in the hopes that it may encourage others to stop ignoring signals their bodies have been giving them. I was diagnosed the day before I left for vacation, and spent the next 20 days adjusting to my new reality instead of living in denial.

This disease will take your life if left untreated. It is also very true that one can also live with it and reverse the damaging effects by following the solid advice in the medical field. My doctor is convinced I could get off the medication in time if I follow the instructions given. She said nothing but a word.  My determination kicked into overdrive and I can already see and feel the difference.

According to a July 18, 2017 report from the Centers for Disease Control and Prevention (CDC) “more than 100 million U.S. adults are now living with diabetes or pre-diabetes. The report finds that as of 2015, 30.3 million Americans – 9.4 percent of the U.S. population-have diabetes.”

The numbers for African Americans are even more dismal.

The American Diabetes Association reported the following stats in a 2012 article on their site:

* 4.9 million African-American adults, or 18.7% of all African Americans ≥ 20 years of age, have diagnosed or undiagnosed diabetes, compared to 7.1% of non-Hispanic white Americans.

* The risk of diabetes is 77% higher among African Americans than among non-Hispanic white Americans.

* In 2006, African-American men were 2.2 times more likely to start treatment for ESRD related to diabetes than non-Hispanic white men.

* African Americans are almost 50% more likely to develop diabetic retinopathy than non-Hispanic whites. Sheer determination on my end to live as normal a life as possible, simply means that I make wiser food choices, exercise consistently at LEAST 30 minutes a day, five or more days a week, see my doctor regularly, and have my blood sugar checked.  It also means adjusting as needed, because denial helps no one. While I was personally able to keep this thing at bay for over five decades, many more were not as fortunate.

I encourage us all to ask about our family history, make no assumptions that someone is on drugs when you see them swooning in the streets as an example, and make diabetic education a simple process since so many Americans are struck with it.

Many simple and complex carbohydrates, and refined sugar — even certain fruits — feeds the rage of diabetes, so the goal is to starve it by choosing foods that tame it.

I know — we love our mac-n-cheese, potato salad, greens filled with sugar and on and on — but what is your quality of life worth after the taste wears off and the damaging effects linger for months and years to come?

Moderation can and will save lives. As I now head to see a diabetic counselor and listen carefully to my doctor, my aim is to educate as I walk this journey with millions of others who are silently living with a disease that continues to march through millions of bloodstreams and threatening to take over many more.

Know the risks of type 2 diabetes

Chiropractors offer advice to those with diabetes