The Cultural Coach: Agree on Standards and Apply Them Equally 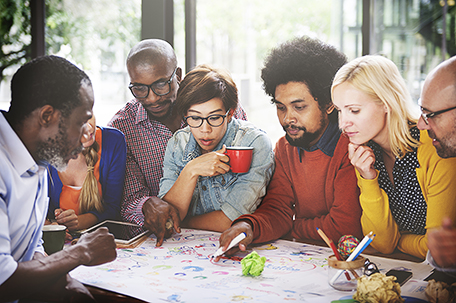 Many of us have special tool kits to size up the people who disagree with us or who don’t share our values. Typically, we use one kit to measure the folks who look and think like us and keep another handy to compute the shortcomings of those who hold opposing views.

I call it the “Diversity Blame Game” and here’s how it works:

Let’s suppose a guy named Alan tells his good buddy a sexual joke in the workplace, and a female colleague overhears the joke. The woman is offended and tells the boss. Alan becomes outraged because his comments were made in a private conversation. He wails against the unjust forces of political correctness that take away his rights. Alan pulls out his special measurement tool used for those with opposing views and determines  that the woman is overly sensitive.

One week later, Alan is sitting in his cubicle when he overhears a colleague telling fat jokes. Alan, who happens to be obese, reports the dialogue to his boss.

I find that almost everyone I meet has emotional scars, as well as identities they guard with pride. Don’t we all have a little bit of Alan in us, in that we favor freedom of speech right up until the moment we become a target?

If clans, groups and factions continue to use different tools in judging insiders and outsiders, a just and fair society will continue to elude us.

Together we need to agree upon the standards.

These rules should address:

•How workers should respond to workplace comments that are offensive or inappropriate;

•To what degree we need to learn how to ignore inappropriate remarks, resolve that we are powerful and stop words from harming us;

•Whether corporate resources are better spent on punishing workers for making inappropriate comments or on assisting them to improve their critical-thinking skills;

•How we find and maintain the proper balance between freedom of expression and cultural competency (the ability to communicate effectively with people who are different);

•Whether insensitivity in our workplaces indicates that employees lack the appropriate skill sets to be effective in global societies, and,

•Whether forgiveness and patience are skills that competent workers need to have in a global economy.

The sooner we begin the discussion, the sooner we can start learning what is needed to create a consistent standard to measure the performance of all cultural, ethnic and religious group members. “One America” demands such a yardstick.

Meanwhile, each of us can do our part by agreeing to hold the groups that we associate with to the same high standards we set for others. The next time we find ourselves mumbling that a particular group is overly sensitive, let’s ask ourselves how we responded the last time we were in a similar position.