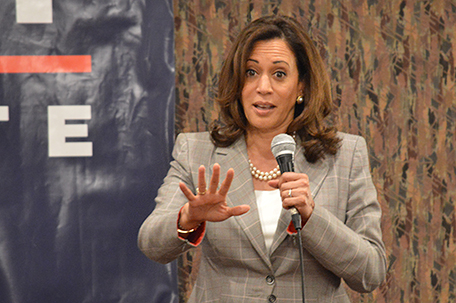 Sens. Bob Casey and Kamala Harris spent part of last Friday at the First District Plaza building convincing voters of just how important their participation is in November’s elections.

If you spend any time on social media, you might think that the November midterm elections aren’t nearly as important as the 2020 races.

But if you do think that, you’re wrong, according to California Sen. Kamala Harris. There’s a whole lot at stake in this election, and much of it impacts Pennsylvanians in general and Philadelphians in particular, she said.

And the best way to make sure that Pennsylvanians are protected is to send Casey back to Congress, she said.

“This is a fight for the ideals of our country,” she said. “This is a moment to fight for our ideas. Years from now, people will come up to us and ask us,’ Where were you when this moment happened?’. Our answer won’t be just how we felt, it’ll be what we did and the action we took. We’ll be able to say we took action because we re-elected Bob Casey to the United States Senate!”

Harris was stumping for Casey last Friday at the First District Plaza building at 3801 Market St. She met and shook hands on behalf of her colleague, who is one of 49 Democratic members of the Senate and who faces a tough opponent in Rep. Lou Barletta.

While she is being mentioned as a Presidential candidate in 2020, and seems to be taking the route that former President Barack Obama took to the nation’s highest office, that wasn’t something Harris wanted to talk about. 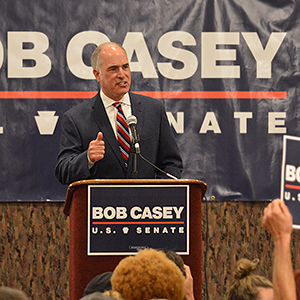 “The road I’m traveling on right now is the road to re-elect my colleagues who are fighting for the best of who we are and the most fundamental issues that Americans care about,” she said. “So that’s my focus. I’m not ruling it out, but at this minute, I’m on the road to re-elect Bob Casey.”

The issues in play are too important to look so far ahead, Harris and Casey said.

“I think that this is a critical election, and history will show that it is pivotal,” she said. “Some of the most important issues affecting working families every day in America are at play in this election. We have to do what we can do to elect the right people to the United States Congress.”

“A lot’s at stake for the middle class and people trying to get to the middle class,” Casey said. “The number one challenge for most families is lack of wage growth and the huge burden of costs going up, the cost of childcare is going up, the cost of college and healthcare going up, and all of those burdens are being shouldered at a time when wage growth has been relatively flat, not just for years, for decades. So all of that is at stake in this election.”

Despite the victories that Pennsylvania Republicans have had over the years, and the fact that Barletta is best known for an anti-immigrant stance that seems to get Republicans to the polls, Casey is confident that he can defeat his rival. 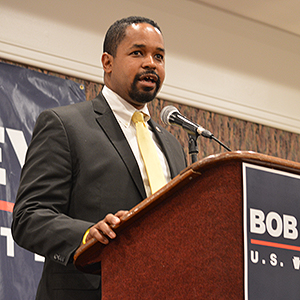 “The difference between us is that I’ll focus on the middle class, raising wages and protecting basic programs that people count on in Pennsylvania like Social Security, Medicare and Medicaid,” Casey said. “I’m anxious to compare our records on all of these issues.”

Getting Pennsylvanians to understand all that’s at stake and to act accordingly by going to the polls is the job of people like State Sen. Sharif Street, vice chair of Pennsylvania’s Democratic Party. He thinks that Democrats can get people to come out and vote by focusing on the issues that everyone shares.

“We have to speak out for those who have been left out without leaving out the ones who did show up last time,” he said. “There has been a new infusion of leadership in the party and we talk about the interconnectedness of our communities. So when you bring up issues for low-income people in the inner-city, who didn’t come out as much as we would have hoped, and low income people in the rural areas, some of which voted the other way, when we speak to their economic and social justice needs, I think we have a chance.”

Casey: We must increase investments in Alzheimer’s research to find a cure