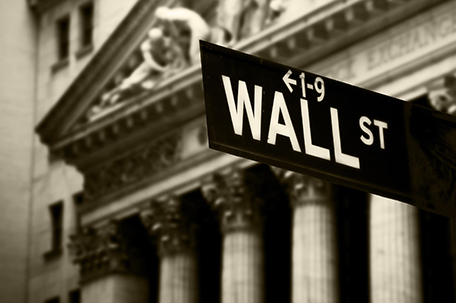 The report profiled the records of Bank of America, Citigroup, Goldman Sachs, JPMorgan Chase, Morgan Stanley and Wells Fargo. Detailing the staggering $8.2 trillion that was committed to bail out these banks when their excesses blew up the economy in 2008, the report laid out what it called their RAP sheets — the record of illegal activity for which they have been fined a cumulative total of $181 billion in over 350 major legal actions.

The report concludes that these big banks “have engaged in — and continue to engage in — a crime spree that spans the violation of almost every law and rule imaginable. …That was the case not just before the 2008 crash, but also during and after the crash and their lifesaving bailouts. … In fact, the number of cases against the banks has actually increased relative to the pre-crash era.”

The scope of the illegal activity is breathtaking — overcharging soldiers on their mortgages, conspiring to fix the price of credit card fees, massive improper foreclosure practices, billing customers for services never provided, rigging interest rates, violating sanctions against countries like Iran, and more. The large fines are, for these mega-banks, merely a cost of doing business. And so the crime wave continues.

The banks particularly prey on the vulnerable, regularly pleading guilty of discriminating against African Americans and Latinos. Long after the bailout, for example, JPMorgan Chase paid $53 million to settle charges that it had discriminated against minority borrowers by charging them more for a mortgage than White customers.

The banks were at the center of the housing bubble and its collapse. About 10 million people were displaced from over 4 million homes across the country. Minority neighborhoods were hit the hardest.

For decades, the banks red-lined minority areas, depriving residents of access to mortgages or loans for small business development. Then, when the banks inflated the housing bubble, they targeted minority neighborhoods, peddling predatory mortgages to customers who they knew could not afford them. As one former Wells Fargo mortgage broker explained in a sworn affidavit, “The company put ‘bounties’ on minority borrowers. By this I mean that loan officers received cash incentives to aggressively market subprime loans in minority communities.”

At the height of the rapacious lending boom, nearly 50 percent of all loans given to African American families were deemed “subprime.” The New York Times described these contracts as “a financial time bomb.”

Those victimized were most often those who did the right thing: working steadily, putting together the money for a down payment on a home for their children. A rising African American middle class was eviscerated. In 2012, the National Fair Housing Alliance reported that African Americans suffered “the largest loss of wealth for these communities in modern history.” Between 2009 and 2012, African Americans lost just under $200 billion in wealth, bringing the gap between White and Black wealth to a staggering 20:1 ratio.

According to the Better Markets report, the six biggest banks have paid over $181 billion in fines and settlements for their criminal activity. This money generally goes back into the general fund, unless the settlement agreement provides for some relief to those injured.

That too often leaves those most injured by the illegal practices out in the cold. What would make sense is that any fines that aren’t used to recompense the direct victims be put into a fund to rebuild the communities most injured. Supplement that with revenues from sensible taxes on the banks — like Elizabeth Warren’s call for a simple corporate tax on the profits they report — and a multibillion-dollar fund could be created to help repair the communities most impacted by the bankers’ crimes. Use that money not to line the pockets of the big banks again, but to seed community banks and cooperatives, to support nonprofit affordable housing development, to create postal banking services that could liberate the poor from the usurious charges of payday lenders.

That might not end Wall Street’s addiction to crime, but it would help repair the communities that they have devastated. One would think that law-and-order conservatives might support this act of simple justice.

Wall Street reform: Really? When? How?