A misguided appeal for neutrality 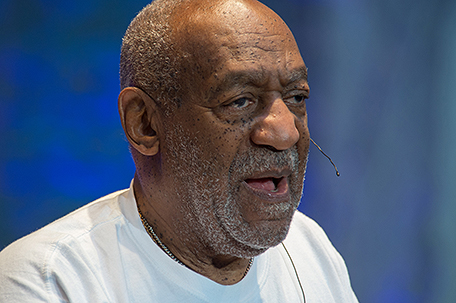 This whole Bill Cosby situation has me remembering when witnessed a one-car accident in the Chestnut Hill section of Philadelphia back in 1993.

I was the first one on the scene and helped a well-dressed African American woman out of the car–she had run into a lamppost.

She clung to me for a moment, and since she didn’t seem hurt, I asked if she needed to use my cell phone. Before she could answer, a group of concerned white people came rushing over to assist, and the African American woman pushed me away so hard and fast I almost fell as she rushed to meet them.

A little hurt, but much more befuddled, I got back in my car and watched the unfolding scene.

The group momentarily crowded around her, breathing concern and offers of assistance, but as they realized what I had already ascertained — that the woman was drunk — they slowly peeled away until she was alone.

She then staggered over to my car, and I let her in, once again offering my phone so she could call for help. After she called her husband, she said she didn’t want to “bad talk white folks,” but my not abandoning her proved that Black people know how to stick together.

I was so pissed I could have hit her.

Instead, I told her I had to leave so she’d have to wait outside for her husband and the tow truck.

It gave me great satisfaction that just as I pulled away it started to pour down rain.

A couple of years later, when O. J. Simpson was acquitted of killing his wife and Ron Goldman, I remembered that woman and that incident.

And now, as Bill Cosby makes his appeal to the “Black media,” I’m remembering it again.

I think it is interesting that Cosby has asked the Black media to stay “neutral” regarding the sexual abuse allegations being made against him. Not objective. Neutral.

There is a big difference between neutral and objective. As a wordsmith, I know the difference…and I’m sure Bill Cosby does, too.

During World War II, Switzerland remained neutral. They didn’t join either the Allied or the Axis forces. They didn’t want to choose sides. They wanted to stay out of it; to stay neutral.

Even when the human atrocities being committed by Hitler and the Nazis came to light, the Swiss continued to be their banker and their vault. In fact, after the war many Jews had to appeal to the Swiss government for the return of their artwork, heirlooms, and personal treasure.

So, really, the Swiss actually profited from their neutrality.

To be a neutral journalist means not caring who is right or wrong.

To be an objective journalist – on the other hand — means not letting your personal biases affect you as you write about what is going on, or blind you as you seek the truth.

It also means then presenting that truth in a fair and balanced manner.

So, this Black member of the media will not be staying neutral… can’t stay something I never was.

But I will always strive to be objective. No one should expect me to be more.