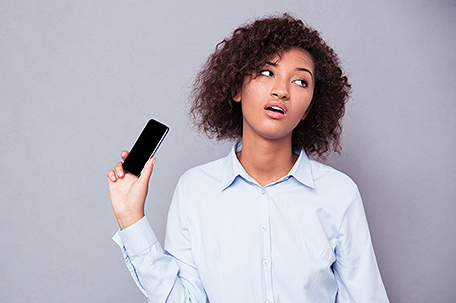 The first smartphone, the Simon Personal Communicator created by IBM, was officially released to the consumer market in 1994. And while it took some time for the smartphone to gain global traction, these devices have completely revitalized the way we communicate with one another.

Now, approximately 95% of Americans own a cellphone, according to the Pew Research Center, and the number continues to increase.

I’ve had a cellphone for the past 12 years, which is almost half of my physical existence at this point, but I do vaguely remember what life was like before our phones were tethered to our hands.

Although I understand how the evolution of technology has significantly enhanced our lives in countless ways, that knowledge doesn’t quench my occasional thirst for a life without phones.

For the past month or so, I’ve felt bogged down by the mere thought of my phone. The constant connection and access that I have to the world/that the world has to me, the never ending obsession over checking and responding to messages. It can get exhausting.

Following a draining weekend of social overload, I made the decision to take a week off of socializing in all capacities. This meant limiting my overall screen time to solely writing articles, working, and binge-watching “A Different World” for the trillionth time. It also meant cancelling any and all social events I had planned. I craved solitude.

The decision to unplug was an easy one. I thought about it and in the next breath, my phone became a complete brick. Sure, it made things a little more difficult initially, but I was forced to rely on myself and I honestly didn’t miss it at all. I felt much more relaxed, I accomplished more, quicker, I slept much better, and I was able to connect with myself in ways that I hadn’t in quite some time.

I’d only alerted my parents of my decision to go off the grid, (because I live in New York and I knew they would’ve assumed the worst), but I made the choice to leave everyone else in the dark about it. Instead of worrying myself about who might’ve reached out to me in that time period, I journaled, I finally finished knitting my scarf, I allowed myself to process how hectic my life had become, and I finished reading a book that I’d been sitting on for far too long. It felt amazing.

Most of us are cognizant of how much of a distraction our phones can be, but don’t do much about it. I hadn’t realized how much of my time had been dedicated to fiddling with my phone. I had been neglecting myself and didn’t even realize it.

I carried through my week the same way, committing my time to hobbies that otherwise may have been thwarted.

As Day Seven approached, I began to feel anxious about ending my streak. I didn’t want to. Would I fall into the same bad patterns? If not, how would I move forward? Would people be upset with me once I turned my phone back on because I’d  ignored them?

The thoughts I had were passing ones, but I was forced to face my codependency once again, and I didn’t like how it made me feel. I’m not oblivious to the fact that a phone free reality isn’t realistic for me, but I did make a vow to reestablish what my relationship with technology looked like.

My detox has given me a sense of lucidity that has allowed me to grow by leaps and bounds in only a few days. Once I extradited that external “noise” from my life, so many things began to open up in my mind, things that I had allowed to fall to the wayside.

I can imagine that most would consider it crazy to chuck their phone for a few days. Our phones have become extensions of us and we depend on them for pretty much everything, but I do highly recommend taking a brief hiatus every now and then. I’m so grateful that I made the decision to retreat for a few days, as I feel that the experience has made me a much better person all around. I plan to continue building healthier habits with my technology, and I encourage you to do the same.

For further information on how disconnecting every once in a while can enhance your life, check out the article by Forbes on “4 Reasons To Turn Off Your Phone.”