A Millennial Voice: To Be the church and not in the church 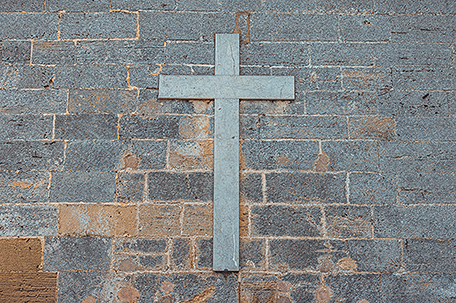 Why I no longer attend church or identify as a Christian

The fact that many millennials like myself are leaving the church and religion behind cannot be contested, however, very few are asking “why”. Those that do muster up the gall to probe  don’t always keep an open mind.

Although the exodus from church and religion spans across generations, the two fall under a list of things that millennials have been blamed for destroying due to our perceived “lack of interest” even though our issue is typically much bigger than boredom.

Christianity specifically has long been considered a safe haven that’s provided the tools needed to maintain a sense of hope, of comfort, of safety, and has oft been used as a mechanism that’s abled Black bodies to survive in a world that’s rarely assesses us as the victor. However, nowadays a lot of us millennials are finding a new means of seeking God that requires neither sacred text nor tabernacle.

According to Barna.com, approximately 6 in 10 millennials raised in the church no longer attend. Admittedly, I am one of them. The common assumption is that it’s because we’re “heathens” that neither believe in nor love God. But for me specifically, my love for/belief in God is exactly why I had to leave the church and religion behind. The moment that I stopped identifying as a Christian was the same moment that my relationship with God began to flourish. I was free.

My brother and I were raised in a Christian home where being active in the church was always a requirement. To me, it always felt like I was being forced to participate in something that did not align with my spirit.  I’ve always been big on authenticity and transparency, but I felt church provided me the complete opposite. Sunday after Sunday, the sermons became more like lectures than like lessons, and what made it worse for me was that every lecture felt like a “toe dipped” conversation, even though we all subconsciously crave full submersion when being fed.

I desperately wanted to be as immersed in Christianity as I imagined my elders would’ve hoped, but I just could not submit. Even still, out of respect for my elders, I stayed the course and kept quiet on my views for quite some time. That being said, I knew very early on that once I turned 18 and left for college, I would completely deviate from the path that my family had set me on.

My unyielding dissatisfaction with the institution of church and religion was in place much before I understood why, but as I got older, my reservations began to make sense, as the burden of religious identification can weigh heavily on a person. Per my experience, I’ve found that the Black church errs on the side of political conservatism, spewing a good deal of rhetoric that either isn’t backed up by anything substantial or is completely contradictory to my beliefs, (i.e. equal rights/love/support for all persons regardless of sexuality, gender, religion etc.). The Bible says “come as you are”, but that same energy isn’t kept on Sundays.

A while back, a family member told me that I couldn’t have a relationship with God without church, but the God I believe in is omnipresent and far exudes a church service on a Sunday morning. The relationship I’ve cultivated with God is the most beautiful relationship that I’ve ever had, and I’m so proud to speak about his/her goodness as the deeply spiritual being that I’ve become. I pray constantly and I ask God for forgiveness whenever I feel that I’ve fallen.

I have faith that God will make a way and I’m filled with an insatiable joy. I’m always actively working to be the most honest, the kindest and the best version of myself always. I help people whenever I can because I want to. Isn’t that essentially all that God wants for all of us?

Please note, that my views are in no way meant to offend anyone. I think religion is a beautiful thing when practiced responsibly, and have a deep respect for those who actively engage in and uphold the morals of the church. However, I do think that it’s a conversation that needs to be had, and until we do, the divergence will only continue.