A Millennial Voice: The day the cyberworld “almost” collapsed 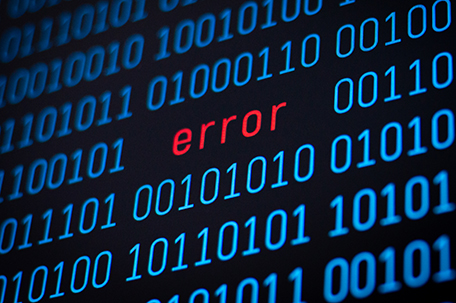 October 4th, 2021, Facebook and all companies under the Facebook umbrella lost connection to its servers and were said to possibly be gone forever. As always media outlets — both verified and not — immediately began speculating about the cause of the outage and reported that the breach was due to a large chunk of coding being deleted, while others deduced that it was a hacker or a terrorist attack. Conspiracy theorists say that Facebook is trying to hide something, but almost 24 hours later, we still didn’t know the truth and probably never will.

Initially, there seemed to be a calmness revolving around the reality of the “almost” social media-less day. People chiming in that maybe we should have social media shut down routinely, while others upped the ante and said it should be gone for good. However, as the clock continued to tick with no promise of restoration, panic began to set in for users spanning generations and locations despite their initial cool demeanor.

As a person who prefers Twitter, my initial reaction was also pretty muted. I wasn’t terribly upset that I wasn’t able to get into Instagram, and Facebook and WhatsApp aren’t my bread and butter — but when I took the time to think about just how much of my livelihood is made through connections I make through Instagram, I realized just how much I depended on it. Not to mention that my talk show — A Millennial Voice — is dependent on Facebook as a platform.

The thought that something like social media, which is so important to so many people, can be rendered obsolete at any second is terrifying. And the reality of it, which we experienced this past Monday, is something that I fear potentially has more grave consequences than we could even imagine. What would we do without social media?

Empires have been built via these platforms, and for many, it’s a legitimate source of income. I began to wander off into my perception of what the world would be like without the boot of social media on our back, but the only vision I get is that of the front yard of my childhood home. I see grass and the big tree that resided in our front yard, and there’s this ever-present calmness that hasn’t permeated the atmosphere since then. I imagine the year being 2007. I was still a child and social media was not anything close to what it is today.

I imagine that as an adult, the world would look more like it did when I was a child. It would feel slower, people would move slower, and every day would feel like the front yard of my childhood home — or like a coffee shop with maroon walls, gold accents and a friendly barista that smiles at you. The scene is moody, but also welcoming and open. People are sitting and enjoying each other’s company without the interruption of a notification, laughing at jokes they heard via word of mouth. What is a meme? No one would even know.

Lack of access to information could make us more ignorant, but presumably less rigid and more trusting. Opinions would be formulated via internal dialogue or worldly teachings and would likely have more merit. Maybe we’d have more time to read a book, since our compulsion to pick up our phone every few minutes would be nonexistent.

And working? What would working look like for me? Maybe I wouldn’t be a model — is that a reality I would’ve preferred? I love my job. And hosting, that’s been a dream of mine since before social media, but would it have made things harder? Would I have had to settle for a newscaster job like everyone tried to tell me I would have had to do? Would small businesses be able to flourish? Would the celebrities of today still have risen to fame?

There’s so many questions and thoughts I have on how different the world would be if the cyber world ceased to exist. As with many things, the pros and cons are pretty comparable. Which side do you fall on? What do you think a life without social media would be like? We’re not entirely removed from the days when Facebook was just a site for college students and Instagram didn’t exist, and we may not be too far from that becoming a reality, either. And if that happened, what would you do? What would life look like in the pictures of your mind?

A Millennial Voice: Confessions of a small business owner

A Millennial Voice: A talk with Cosmo Baker