A Millennial Voice: The Aftermath 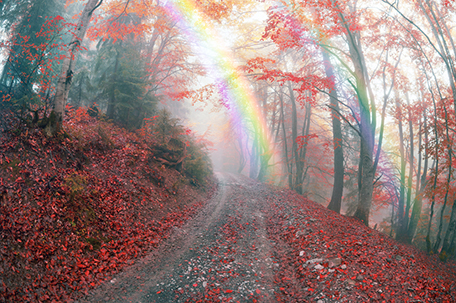 Sometimes the storms of life come with a forewarning, and other times it catches you off guard, and sometimes it’s simultaneous.

Last week I found myself in a storm that was much bigger than me — so big that I felt I couldn’t handle it. Generally, I’m one of the most positive people that you’ll ever meet, and I pride myself on my optimistic disposition, but last week reminded me that even the strongest levees break after excessive wear and tear.

I prefer to pray in the shower, because it’s when I feel my most powerful and authentic. During a Sunday evening prayer that felt particularly cosmic, God told me that He’d be sending some tests my way that would teach me several things that I was only understanding in theory and not in practice. Following this assertion, He also informed me that even though I knew the storm was coming, that I’d still feel unprepared and caught off guard when it did — and He was right.

The next day, Monday hit without a stitch and I thought that maybe the conversation I’d had with God was made up or maybe He hadn’t really come to me the way I thought He did… And then at 11:30 a.m., it hit.

From that moment until Saturday of that same week, it was thing after thing after thing. Anything that could have gone wrong, absolutely did. Things broke, important items were lost, and it felt like the weight of the world was more than on my shoulders — it was crushing me. At one point during the week, it became so ridiculous that all I could do was laugh, and then I cried, and then I became numb.

Frustrated, I asked God what the purpose of these individual lessons were and why did I have to get hit with everything all at once?  My takeaway was much greater than the pain I felt and I feel that I’d be remiss not to share.

1.  I came up with this theory that sometimes bad things happen all at once because there’s something beautifully blessed headed your way that is too good to be overshadowed by the pain and inconveniences of everyday life. Imagine 10 million things going wrong on a day you get life changing news…Can you really be fully present in that moment if you have so many other things to focus on?

2.  We’ve heard the cliche that “the sun comes after the rain” so many times, but it is true. And trying to stay focused on that truth during the rough times is sometimes the only thing that encourages me to continue to push through and not become a shell of myself. At a certain point, there’s no other way to go than up, so focusing on what’s coming after destruction in the midst of it will take the edge off, even if it’s ever so slightly.

4.  This past Friday I lost my most prized possession, my journal. Last week proved to me that if you lose your phone, laptop, etc. (which I did, both broke on the same day), they can be replaced, but if you lose something like your journal, thus losing a part of yourself, that loss often feels much greater. Initially, I felt silly for being so harshly affected by the loss of my journal, but then I took a step back and realized just how much it meant to me. In fact, it was me. My time, my life, my energy, my attention, my loves, my losses… all of that is in there. My entire self was in there. Losing yourself to any external force is significantly painful and sometimes impossible to recover from, so going forward I’m going to do my best to keep in mind that myself is number one and that she always needs to be preserved and protected.

Although last week was difficult for me, I’m excited for the possibilities of this week and I am back enjoying life. Sometimes things will happen out of your control, but I’m a believer that things happen for a reason,  and that if you can take a step back and view your troubles from an objective standpoint, you’ll usually find a message in the madness.

A Millennial Voice : Journey to Me

A Millennial Voice: What to do when there’s nothing to do