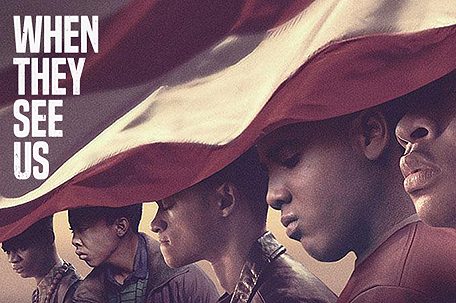 The struggle for equality has been arduous and interminable, yet it still feels like we’ve barely scratched the surface. With the emergence of the internet came a flood of “newfangled” information and advocacy that has birthed numerous movements, social media postings, discussions, movies, television shows and more that address the moot dynamics of this country’s history.

Black narratives have trickled down throughout the generations, but as the times have changed, so have the methods in which we give and receive information. In the 1960s, Black trauma was often televised, now we see it on our social media feeds and in movies constantly.

The stories of Black struggle have become widely popularized and are typically well received in the cinematic realm; filmmakers have found much success in exposing the ugly potentialities behind Black skin as it seems that consumers’ “interest” in watching Black trauma unfold on the big screen has reached its peak. Initially, I felt that the publicizing of said issues was a tactic to achieve parity and understanding, but lately, most projects feel inauthentic, repetitive, and forced.

Ava DuVernay’s highly acclaimed  — “When They See Us” —  is the latest project depicting the Black trauma trope. The limited series is based on a true story about five teenage boys from 1980s Harlem that are falsely accused of attacking a woman in Central Park, (commonly known as the Central Park Five). The series illustrates the aftermath of that case.

My love for Black and Brown people, our history, our culture, etc., is ostentatious, which explains why people are slightly confounded when I tell them that I have no interest in watching the series at this point in time. Judging by the facial expressions I receive following my sentiment, I surmise that they think it’s out of ignorance or insurrection, but truthfully, it’s because I am tired — tired of the constant reminder that this country does not respect my home, tired of feeling like I have no privileges because my home is of a darker hue, and tired of feeling triggered and incensed by the mere thought of White people.

I am not in the headspace to see these stories play out in real time, so I refuse to apologize for disregarding the product. The emotional and mental preparation it takes for me to watch stories like “When They See Us” is mentally taxing. For these same reasons, I have not seen “12 Years A Slave,” “Fruitvale Station,” “The Hate U Give,” “Detroit,” or “Time: The Kalief Browder Story,” and although I’m sure all of the aforementioned are brilliant, I don’t intend to.

I hate scary movies. Pictures depicting Black trauma are scary movies. Think about it: There’s the “cautionary” storyline that makes no sense, the twisted killer, the innocent bystander(s), trepidation, rage, and an eerie setting in both cases. The only difference is that Black trauma films are more authentic than your every day exorcist films because they depict reality. And while I appreciate filmmakers of color wanting to share the struggle through their art, I have no interest in watching myself die on a screen for entertainment, especially not when I can and have viewed actual Black bodies being mutilated and disparaged on my social media feeds.

Being Black in this country often feels reminiscent of a horror film.

I do not want any of you to confuse my disinterest as a reason why these sorts of stories should not be told. I am often torn, because I understand the importance of the narrative, but as I have said, I’ve grown tired. We’ll all discuss the film for a few weeks and still there’s no resolve. I’m always left feeling more hopeless than when I came and to me that stress is not worth it.

So until we are ready to band together and make change as a nation, I will not be tuning in.