A Millennial Voice: Gifted Hands- The lack of Black faces in the orchestra pit and the ones that complete it 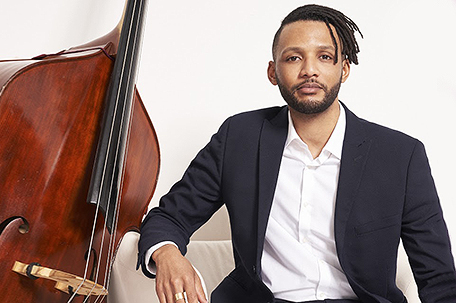 The accomplishments of Black people have often been excluded from conversations, as if the contributions we’ve made are illusory.

We find ourselves enraged by the erasure we face in the historical sense and the appropriation we endure on the pop cultural front, but we seldom speak about how Black folks have been ostracized from the classical music arena.

Although the current presence of Black musicians in the classical realm amounts to only a few, the influence that those few have had must not be overlooked. Also, music itself is so heavily intertwined in Black culture and transcends any singular genre, yet our representation in the world of classical music is small. There are traces of classical influence woven throughout the history of “Black music,” and we’ve seen modern icons like Migos, Nas, Kendrick Lamar, Jay-Z, and more perform alongside large ensembles. However, according to the League of American Orchestras, less than 4% of musicians in American orchestras are African American.

Curious as to why such a discrepancy is still the case, I contacted Jerrell Jackson, a Black, classically trained bassist from West Oak Lane, for some insight on how he got involved with the orchestra, the importance of representation, what it’s like for him as a Black musician in predominantly White classical spaces, and more.

Jackson’s laid back demeanor, gray suit jacket, and half shaved/half dreaded coiffure spoke to me before he could formally introduce himself.

The 31-year-old musician currently lives in New York City, but was raised in Philadelphia in a household that held artistry in high regard, thus cultivating a love of music in and for him that has shaped his life.

With his father’s love for Stevie Wonder and his mother’s affinity for Prince and gospel music influencing him, Jackson was shown very early on that creating and experiencing art in its entirety was obligatory.

“My mom always wanted art to be in my life,”he said. “She was always very insistent on me being around art, so it’s like those two things swirling together created me.”

Jackson’s musical prowess was first realized during his adolescence while playing for the gospel band at his church. His interest and mastery has grown by leaps and bounds since then, however.

Aside from the influence his parent’s had on him, he cites that the movie “Drumline” also helped propel his interests.

“ At the time, I believe I was in high school and I was in the marching band so it was like a double whammy… I mean, “Drumline” is a little silly, but it’s representation,” he said. “When you see yourself in pop culture, you kind of fall in love with something. That movie indoctrinated so many people, especially people of color, into music.”

But even still, there’s a glaring discrepancy between the number of Black musicians in marching bands versus that of classical musicians. Traditionally, the face of the orchestra has been White and male, and if you look at most ensembles, that tradition has held.

“I agree that the academy of what classical music is is definitely held up by pillars of White supremacy and racism, misogyny,[and] patriarchy,” Jackson said. “But the genre of classical music is not that. It doesn’t belong to White people.”

I asked Jackson how the aforementioned makes him feel as a participant of that world.

“Black people have been contributing to it since its inception,” he replied. “Those people are unavoidable, and it wouldn’t be what it is without the contributions of people of color, specifically Black people, and in this country.”

Following his stint in the high school marching band, Jackson further refined his talent with the help of several programs, countless teachers, the Boyer School of Art, The Philadelphia Orchestra, festivals and academies all over. His passion and drive to advance in the music world has driven him to continue his classical pedagogy post secondary.  Since graduating from the Boyer School of Art, he’s played with the likes of Opera Philadelphia, the Chamber Orchestra of Philadelphia, and other groups as well.

Additionally, he’s also taken on the teacher role and spent the first 6 months of 2019 living, learning, and creating in Berlin. His time in Germany allowed him to experience his Blackness/view Blackness through different lenses, as he came in contact with other Black musicians from different diasporas.

Jackson plans to continue playing and learning his craft, as he feels that he still has much to learn. Recently, he returned to Philadelphia to host a pre-concert interview with Sheku Kanneh-Mason, the cellist who performed at the royal wedding of Prince Harry and Meghan Markle, and Isata Kanneh-Mason at the Kimmel Center.

He has another interview with Terrance L. Patterson of the Ritz Chamber Players on Sunday February 9 at the Kimmel Center, Comcast Circle Room at 1:30, ahead of the ensemble’s 3 pm concert. The interview is free to the public, but tickets are required for the concert. For more information, visit: www.kimmelcenter.org.