A Millennial Voice: Falling back to move forward 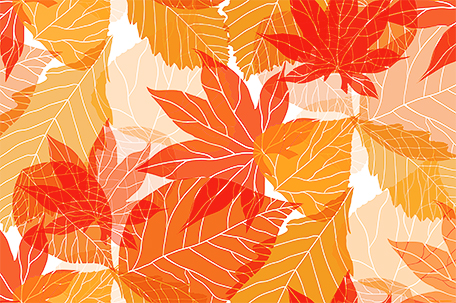 The core of autumn is among us, and the feelings that consume me during this time are ever-present and thick.

The Autumn Equinox is an interesting time for me because it feels so isolated in the sense that it’s the most intimate and reassuring season we have. During the months of September through December, we get a front row seat to see how drastically things change in our world and in turn, that truth forces me to face just how drastically things can morph or have morphed inside of me as well.

It would be a solemn injustice to confine my strides of growth to this sliver of the year, but I will say that something about it always tastes different — not because of all of the holiday goodies or my momma’s home cooking, but because of genuine love of self and of others, the gradients of growth and renewal, the individual shedding as we watch the world around us shed as well, and a calmness that only this space knows.

I presume that the gloomy mornings and days of fall and the knowing that we’re about to close out another year of life may have a lot to do with why some of us may find ourselves in the throes of self-actualization during this period. The outside world in its natural state, excluding all of the complexities that us humans have created, is a direct reflection of what is going on internally, visceral and visible change. It’s not often that things in nature and our being sync up in such a harmonious way, thus, it makes sense that the feelings of nostalgia and love and forward movement are omnipresent in the equinox.

As I’ve grown over the years, this time has meant increasingly more to me for all these reasons, and as a person who is intrinsically introspective, (sometimes to a fault), I now understand why my social media battery depletes much faster than my social one… I need a moment to think.

Annually, around this time of year, I get a sudden urge to completely remove myself from the Twitter-verse and Instagram as well Now that I’m getting older, however, and am better able to manage and understand my emotions and moods, I realize that most of what I do, think or experience is much less arbitrary and bizarre than I’d initially thought. In certain ways, life is cyclical, and we are all reflections of that.

Each year, the silencing of my urge to be an active participant on social media is catalyzed by seemingly nothing, but the purpose is always revealed to me eventually and it’s essentially always generated from the same root, but for different purposes. For example, lately, I’ve been contemplating just how original my core thoughts are… Am I original at all? Am I jacking someone else’s style because I thought they were cool? Am I THAT easily influenced? Does my perspective come with deep thought or am I just regurgitating something that I read on Twitter? I presume that it’s likely a unique blend of all the aforementioned for me as it is for all of us, but because of that, the time I have taken away from my most active social channels is required work.

One of the main takeaways so far is that I don’t need to share most of my thoughts with anyone, much less on the internet. I think that in certain ways, social media has deprived us of our desire to keep even the simplest of things a mystery. We’ve become more impulsive, maybe a bit more spiteful in nature(posting content for the sake of having a certain person(s) react to it), and exerting little to no control over keeping the special things sacred. Sitting with your thoughts is hard in a world that encourages oversharing, but I’m trying my best.

I’ve been using the time that I’d initially be on my own to relax, read, work on some new things, pray more, talk more, talk less — get back to the core of who I believe I am and see what fits and what is no longer serving me.

Fall gives us the permission to change and helps us realize that it’s more than okay to change the things we want to change, it’s okay to question the way things are. And whether your detox looks like mine or doesn’t, I hope that you’re using this time — any time — to reckon with yourselves as well.

A Millennial Voice: To move or not to move

A Millennial Voice: Time with Andy Jean – The journey to forward movement

A Millennial Voice: Millennials On the Move: Dr. Elizabeth Holder