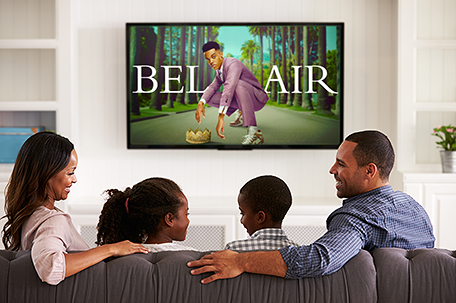 The recent resurgence of predominantly Black-led shows is quite refreshing, especially because we arguably haven’t seen such a wide array of Black sitcoms since the 90s.

I grew up watching shows like “All of Us,” “One on One,” “A Different World,” “The Proud Family,”etc., but noticed that there was a shift in the culture that made seeing stories featuring only or predominantly ‘us’ seem obsolete.

Within the past few years, producers, directors, creators, and others have boldly begun telling vulnerable Black stories that matter.

Whether it’s an insight on poverty, the disproportionate resources that schools in predominantly Black communities receive, dating as a Black person, growing up in the inner city, navigating friendships, mental health and more, creators like Donald Glover, Issa Rae, Quinta Brunson and others have done a great job at exploring our realities without nuance.

At present, there are many shows available to watch that are starring or created by Black people, and I wanted to list my favorites.

“Abbott Elementary”: Abbott Elementary may be the breakout star of this list because it seemed to hit the scene pretty quietly, but the storm it has created in its short time on ABC is much deserved and fitting. The show centers on an elementary school located in Philadelphia and features characters that are scarily accurate. If you like mockumentaries, this is absolutely the show for you. What Quinta Brunson has done with this show is remarkable, and it was just announced that she’ll be getting a second season. However, I doubt that any fan of the show is surprised, especially because it was recently named the number one comedy on ABC and was the first show on the network to quadruple ratings after 35 days of its introduction to the world.

“Atlanta”: Donald Glover’s “Atlanta” is another show that could easily be coined one of the best shows to ever hit the scene. It will be coming back for its third and final season in 2022 after years of a hiatus, but fans of the show are excited and ready. Earnest Marks (Donald Glover) is an insolvent man, trying to figure out life and convince his rapper cousin, Paper Boi, played by Alfred Miles, to sign him as his manager. The premise of the show is pretty simple and in comparison to the other shows on this list, can seem rather mundane, but the writing and the acting take the blandest of situations and turn it into entertainment for those who watch.

“Bel-Air”: This re-imagination of the cult classic original could’ve gone wrong in so many ways, but I’m really pleased to say that it did not. “Bel-Air” premiered on Peacock in February, and has garnered a lot of attention for its themes. The new actor, namely Jabari Banks who plays Will, and the other actors accomplish the nuances of each character. Unlike the original, there is no laugh track, so it hits a bit more seriously than “Fresh Prince,” but there still are funny moments that feel timeless and appropriate.

“Grand Crew”: “Grand Crew” is another new show that so many have taken to because it’s one of the only shows centered around a group of Black male friends. Phil Augusta Jackson started out as a writer on “Insecure” before embarking on his own journey as a writer, and we can see lots of that influence in the show. We don’t often get to see Black men struggle with racism, depression, or heartbreak on TV, so it’s a very refreshing take. Although the show touches on very serious topics, it will keep you laughing.

“I May Destroy You”: Michaela Coel is a genius for many reasons, but what she’s done on HBO’s “I May Destroy You” will be studied for years to come. In fact, it was coined by many as one of the best shows of 2020. The storyline goes as follows: Arabella (Michaela Coel) is drugged and raped by a stranger after a night out, and the series follows her coming to terms with her reality and chronicles how the incident will change her life. The show will, unfortunately, stop at one season, but it’s worth a watch.

“Insecure”: Although the show just wrapped up its final season at the end of 2021, the impact this show had will be felt for decades, just like some of our favorite shows from the 80s and 90s. The rawness of the storylines, the character development, the exploration of dating, the clothing, and the soundtrack are what lend to this being the best show I’ve seen, possibly ever. “Insecure” follows a group of girlfriends as they navigate life in LA in their early 30s. In my opinion, it’s the most real, most genuine and authentic showcasing of the Black experience for young adults that I’ve ever seen, and that’s why it’s revered as a turning point in the culture.

“Proud Family: Louder and Prouder”: As far as re-imaginings go, we couldn’t forget Disney Plus’s remake of “The Proud Family” that is just as poignant as the original, with the return of the original cast and new, up to date storylines. I see this show having a great run. The show’s content errs on the mature side, but I believe it’s great for people of all ages. So far, there’s only been four episodes, but the first two are enough to have you hooked, and they’re easy to watch, so I’d say it’s very re-watchable.

“South Side”: “South Side” captured the hearts of so many viewers when it hit Comedy Central back in 2019, and it seems that things are going well for the sitcom, because it was just renewed for another season, on its new home, HBO Max. The show is very quirky and off-beat in the sense that it follows two friends from Chicago as they try to discover what their success looks like despite the fact that they work at a furniture rental store. It also chronicles the tales of two unseemly police officers as they attempt to patrol the neighborhood.

A Millennial Voice: Must watch shows during the “cuffing season”

The streak of Black shows on Broadway continues with “Caroline, Or Change” starring Sharon D Clarke