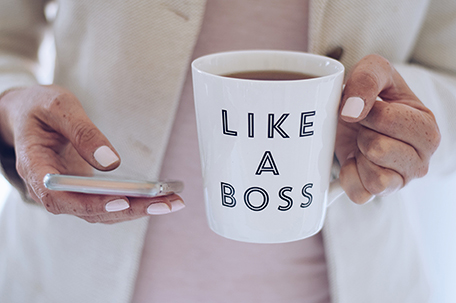 On May 11, 2018, I graduated from West Chester University with a degree in Communication Studies and a minor in Black History. The exhilaration I felt as I walked across the stage to receive my diploma is still palpable, but the uncertainty that encompassed me on that day is a very distant and irretrievable memory.

I’ve mentioned in past articles that I’ve been working towards a life of entrepreneurship since I was a child, because I never desired to work for or under anyone. Those efforts that began some 15-20 years ago are ever-present now as I find myself leading a life of freelancing.

When I walked across that stage three years ago, I had no clue what was next. I knew’ what I wanted to do but didn’t feel that I’d genuinely taken the necessary steps to get there, I was moving back to my parents’ house, and truthfully, the reality of being upended from the only life I’d ever known (as an academic) threatened all the confidence that I thought I had.

Somewhere in the muck that was my first six months as a post-grad, I started hosting a YouTube talk show, got a job working in promotions and production at a radio station, and stumbled upon a modeling career that would change my path forever.

A year post-graduation, I was working, but was still living at home. My modeling career was becoming more demanding and forced me to take at least one trip to New York per week, sometimes for a casting that would only last 15 minutes and then I’d be right back in Pennsylvania!

Knowing that this wasn’t sustainable for the long run, I decided it was time to leave the nest and move to the Big Apple. I hit the ground running and begrudgingly applied to a multitude of full-time jobs in the city that I believed would be right for me. I knew I needed something flexible because modeling was still my top priority, but I also wanted something in my field of study as well. After hours of applying to jobs on both LinkedIn and Indeed, I nabbed a job as a producer at a company called “On Time Studios.”

Aside from working “X” amount of hours a week for OTS, I was also doing some freelance writing, working part-time as a social media marketing specialist, writing for the Philadelphia Sunday SUN , and modeling, so the multiple streams of income made up for the peanuts I was paid by On Time during my time there.

As previously stated, I’d always known that working for someone else was not my calling, so around my six-month mark I began to feel worn down by the minutia of sitting at a desk and by the monotony of a traditional 9-5. I wanted more — I needed more.

I’d been able to finagle getting out of work to run to the city for a quick casting on my lunch break, or would move around my work hours so that I could attend a shoot that I’d been casted for. But the compromises I had to make in the name of my job made me resent being there. I set a goal that by April 2020, I would no longer be working at On Time — and I was adamant about that.

Following a few rough weeks of work back in February of last year, I knew the time was coming, but I was terrified of not having that consistent income, so I prayed that God would give me a sign just to ease my nerves, and five minutes later, I got a phone mail that the company had filed for bankruptcy and was shutting down immediately.

Filled with concern, a few of my family members prodded me about what the next steps were going to be and whether I would return to New York, but I was confident that God has orchestrated this entire thing and I knew that moving home was neither an option nor was it in God’s plan. I was going to move back to the city and everything would work itself out — and it did.

Last April, I started my own small business which brought me an added income. Because my time was exponentially freed up, I was able to complete more castings and commit to more photoshoots for big named brands. I started hosting a talk show for The SUN called “A Millennial Voice: The Show,” and I have more time to write and create. I also recently started working part-time as a youth mentor, and I can travel as much as I want to.

When I look back over my life and I think about the journey, it fully confirms God’s presence in my life and the protection I was born into. A lot of people who choose careers in freelance have a difficult time with it sometimes because of inconsistent money, etc., but thankfully I have multiple streams of income and various skillsets that I’ve tapped into in order to sustain myself. And, I truly believe that the times where money isn’t flowing are just par for the course. I’ve learned that what we seek is already ours if we believe it is so; I’m extremely happy with the freedom I exhume and I don’t plan to work full-time for anyone ever again if I don’t have to. I am grateful, I am blessed, I am a freelancer.