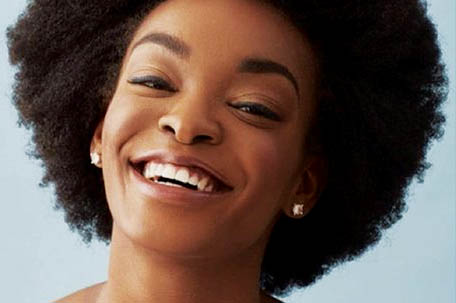 For the past year, the bulk of my articles have primarily focused on the human experience, viewed through the lens of many individuals with a wide array of opinions and different life experiences. Some stories I knew, most I didn’t, but what all of those articles have in common is that my love for conversation has been the both the core and the catalyst behind every single interview I’ve conducted for the SUN. In the days to come, this column will be extended to include live e-interviews via Facebook Live, so I decided that for this article, as a commemoration of “A Millennial Voice: Live,” I will interview myself.

SUN: Your new talk show —A Millennial Voice — feels like a huge link in the metaphorical chain that is your ultimate goal; would you say that’s accurate? Please tell us where and how talk show hosting became your “thing.”

DR: I’d absolutely say that the expansion of my column to a talk show is a positive step in the right direction. I know I can be a bit of a mystery to folks on the outside because I hold a million jobs, but talk show hosting has been my dream since I was around nine years old! I’ve always loved to talk and ask questions, and give advice, but I did NOT like math… I remember one day in third grade during a grouped math segment of one particular class, a fellow student that I was grouped with shared with me some of their troubles and I gave them “sound” advice, to which they responded, ‘Danaé, you’re like a girl Dr. Phil,’ and the rest is history. Now you have me!

It’s funny, because people ask me all the time how I plan to achieve this goal, since being a talk show host seems like a pretty secluded dream, (I can’t tell you how many people have told me they’ve never met anyone who wants to be a talk show host before me… It’s a great conversation starter), but I’ve honestly created the blueprint and I’m figuring it out as I go and it seems to be working out for me very well. I’m blessed. God is good.

SUN: Furthermore, what is your long term goal as it pertains to hosting?

DR: My long term goal is to remain fixed and focused on my vision and never to allow capital/outside influence to change my platform. I’m really interested in genuine and authentic conversations with real people. People ask me all the time what my future talk show would be about, and honestly, I’m so interested in forging connection and doing my part to lessen the divide a lot of us feel. Kind of like a church, therapy fusion. I’m attentive, I’m energetic, I have lots of personality, I’m beautiful (lol), and I listen to understand, not to react. A lot of us think that we need celebrity gossip and things of that nature to distract us from what’s really going on inside which prevents healing, but healing would be a lot easier if we were all healing together. I’d never want to exploit anyone, either. I promote an atmosphere of love. Love is my platform.… That, more than anything, is my long-term goal.

SUN: The process of formulating a query can be arduous and is a gift that not everyone has, what’s that process like for you and who would you say is your “host inspiration.”?

DR: Humbly, formulating a question isn’t hard, but formulating a good question is. Communicating is both an art and a science, even though it’s only looked at as the former. I get legit butterflies when I formulate a good question, the same way I do when I have a good conversation or write a good line in an article. I’ve spent a lot of time crafting questions, and I tell people all the time that I’m interviewing them because I’m really curious about people! I don’t believe in having idols, but if I had to pick my top three ideal hosts that I’ve studied and have inspired me, number one would be Arsenio Hall, number two would be Tavis Smiley (for his work, not his politics orpersonality), 3 would be Barbara Walters (duh!), and I’m going to add a 4th because I love Tim Sebastian, too (like a lot).

SUN: If you could interview one person in the world, who would it be and why?

DR: I don’t believe in glorifying the “celebrity,” so this is a hard question because people expect you to say someone that’s well known and honestly, I don’t really care too much about their lives. But if I had to pick any well known person, who I do NOT feel even partially equipped to interview, it would be Angela Davis.

SUN: Tell us a little more about the format you’ve planned for “Millennial Voice Live”. Explain what the show is about.

DR: As I said earlier, my platform is love, spreading that is what I intend to do with my show. I like the flexibility of Facebook Live, because it’ll afford me to interview people from across the world. A little over a year ago, I stopped taping my own personal show, The Weekly Reid, because I moved to New York, it’s soon to be  picked back up, but “Millennial Voice Live” is literally going to be the older sister to that, for the purpose of giving a reference.

SUN: How can people who want to view and tune in?