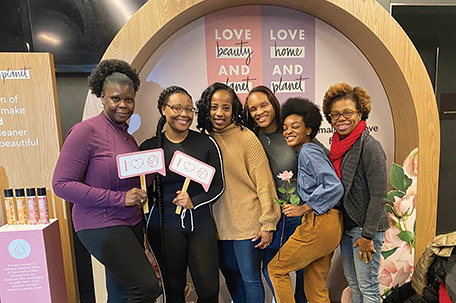 The year 1996 marks the beginning of my physical existence as I am in this universe, but I’d venture to say that my life as it is today began nearly a decade later in 2005.

I was in Mr. Sergio’s third grade class one day when my fellow classmates and I had broken up into groups to play the math game called “24.” Me, uninterested and pedantic, decided to engage my fellow group mates in an unsolicited therapy session instead.

I was rewarded with astonishment and a particularly sharp-eyed comment considering our age; they told me that I was “great at giving advice,” and that I’d reminded them of a female Dr. Phil.

I had no idea how much my life would be affected by that moment when I responded with, “So, like Oprah?” with a smile.

For most nine-year olds, such a moment is probably fleeting, but for me, it completely shaped who I’d later become. That chance encounter cultivated my dream of being a talk show host, and that’s been my aim ever since.

Oprah quickly became my idol; her legacy has been the blueprint upon which I ultimately mirrored my life after. From watching her talk shows, studying her interviews, seeing her in movies, and so on, I knew that this woman was a force and that one day I’d be the one she’d pass the baton to. For years I dreamt of what it would be like to be in her presence, and on February 8, 2020, that dream was actualized.

Unlike that day back in 2005, when my purpose was prematurely revealed to me, my time at the “WW Presents: Oprah’s 2020 Vision Tour” affirmed that I’ve been doing exactly what I’d been called to do.

I walked into the Barclays Stadium and was greeted by the excited faces of thousands of fans and countless bright screens, all donning the Weight Watchers logo next to Oprah’s face, and all I could say was, “this is going to be me one day.” I could feel it.

The day was comprised of a multitude of activities, all centering around the importance of physical, mental, and spiritual wellness.

The vast majority of the itinerary was provided to us prior to attending, including that former first lady Michelle Obama would be Oprah’s special guest on this stop of the tour, but there were also some surprises, like the bag of goodies we received and Tamela Mann’s powerful performance of  “Take Me to The King.” It was a performance that stilled the entire stadium.

Because the event was a partnership with Weight Watchers and Oprah herself has been open about her weight struggle, I expected there to be a lot of focus on movement and physical activity.

We kicked off the day with a “dance party” hosted by Day Breakers that reaffirmed the importance of movement and starting our day off with positive energy and good intention. By focusing on our seven root energies, listening to positive affirmations, and reminders that we are significant in the world, I was able to momentarily forget the trivialities in my word, and focus on the positive. The activity was accompanied by the hum of live drums, the elegant sound of violins, and more.

Later in the day, following an hour lunch, we had yet another intense dance break led by Julianne Hough and Kinergy. The ten minutes we spent getting active allowed us to get our hearts pumping, burn some post-lunch calories, get our minds active, and to get a firsthand look at how much fun exercising can be.

High energy and movement were both significant parts of the day; however, I found the more tranquil moments to be just as powerful. Aside from the silence and respect we gave Oprah while she spoke, all 15,000 of us participated in a group meditation that reminded us to be receptacles of love, to appreciate the “Sunday mornings” of life, and to understand that sometimes silence is optimal.

Oprah and her guests provided wisdom and insight throughout the day, which was to be expected.

Due to the nature of the day, everyone was encouraged to be present and to participate in the activities set before us. Each of us were given a workbook that we’d listed our hopes, goals, and ways in which we would actively work towards leading a more balanced lifestyle. Every so often, we would break to complete a new section of the workbook while Oprah read the prompts aloud, answered the questions for herself, and took selfies with fans.

Finally, we reached the part of the show that was dedicated to the Michelle Obama interview and I marveled at the fact that two Black women whom I admire were in front of me, completely humanizing themselves in every way while dropping gems of knowledge and personal anecdotes that made us laugh. And while I would love to give you a full dissertation and transcript of their conversation, I will leave you with a few paraphrased takeaways that felt most relevant to me:

1. Comparison is the thief of joy. Run your own race.

2. Fear of failure is more about an ego problem than it is about actual fear. You are afraid of others watching you fail… When you fail, try again and keep doing it until that becomes normal for you.

I am forever changed because of my time at the “WW Presents: Oprah’s 2020 Vision Tour” and again, have been reassured that I am exactly where I am meant to be; to not fear the outcome, to live in the moment, and to say “I can. I will. Watch me!” whenever I am faced with doubt.

We were solicited to select a word for the year…mine is “intention.” What will yours be?