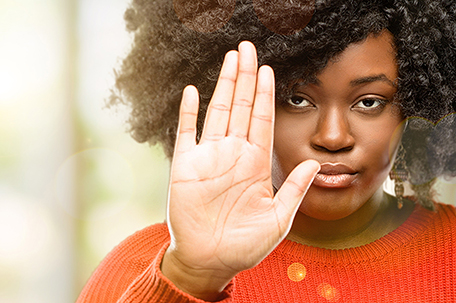 One of the first lessons we learn is that appeasing others is an expectation, and that anyone who does not adhere to that guideline is impertinent. Similarly, we’re taught that the word “no” is a curse word much before we understand what that means. As children, we’re all encouraged to share our possessions regardless of whether or not we want to, because that’s the genial thing to do… but eventually those children grow into tired adults and those fruit snacks turn into free time.

With the emergence of social media, the internet and cellphones, came a lack of privacy and the expectation that we must always be doing something, hence making it even more difficult to say “no”. When we learn as children that only bad things are associated with the word “no”, many of us grow into adults who can hardly handle confrontation, resulting in an over-extension of self. I, too, am one of those people, and though I’ve worked hard to limit my obsequious nature, it’s an ongoing process.

My post-graduate life is a direct reflection of what it looks like to be excessively malleable. Because I was feeling self-conscious about the absence of a job and my perceived lack of purpose and direction, I became a broken record of “yes”. I had no qualms about it either. I said “yes” before checking the facts, I said “yes” despite exhaustion, and I said “yes” to inconvenience.

Initially, I reveled in the fact that those around me noted how busy I was, but that changed once I noticed that their remarks came from concern and not commendation. I found myself both mentally and physically spent – you can relate I’m sure. Somehow, I became so obliging, that people expected me to satisfy all requests, and I’d feel anxious if I could not comply. I think we both subconsciously knew the others’ truth.

Through my spiral, I realized that for every “yes”, you inadvertently say ‘no’ to something or someone else. My newfound consciousness gave me the courage to move myself from the bottom of my list to the top, and I’ve felt better since. Giving parts of yourself is a part of life, and responsibilities obviously cannot be avoided. However, self-love is of the utmost importance, you cannot be good to anyone if you are not first good to yourself. Exhaustion oftentimes births mediocrity.

In pursuit of making myself a priority, I’ve become selective with what I partake in. If I cannot benefit from it, it’s less likely that I choose to comply. I’ve gone through periods, like right now, where I don’t have any social media apps on my phone, so as to not be so accessible. The result has been an increase in my productivity. Likewise, I’ve also taken more time away from my phone.

Somehow we have collectively been brainwashed into believing that if someone contacts us, we must respond right away, regardless of whether or not we want to. I am learning to reject that notion by reminding myself that boundaries are okay, and that making time for myself is both admirable and necessary for my well-being.

We tend to treat free time like a toss-away, but in reality, aloneness should never play second fiddle if you need it. You don’t need a grandiose reason, much less any reason at all, as to why you choose to sit this one out. Time is but a social construct, and every second need not be filled with trivialities. Whatever “it” is will still be there when you’re ready, and if it’s not, you were better off without it anyway.

Millennial travel is on the rise