A Lawful Truth: As the cookie crumbles, so does a city in chaos 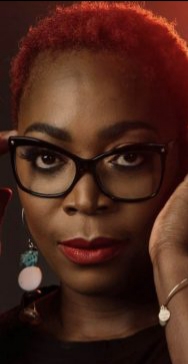 What is going on in Philadelphia?

In the last several weeks, we have seen so much confusion as it applies to leadership, that I do not even know where to start.

It all came to a head when 22-year-old Andrei Doroshin was given permission to dole out vaccines in the city with no medical experience or credentials.

As city leaders listened to Doroshin unveil a plan on November 19 at a health and commission meeting, they asked him zero pertinent questions like, where is your expertise in this area, and went on to give him almost 7000 vaccines to deliver to Philadelphians at the convention center.

Dr. Ala Stanford and the Black Doctors COVID-19 Consortium rose like cream on behalf of those vulnerable citizens who were once again being left behind, only to have their hands “slapped” and their work marginalized and insulted by leadership in Philadelphia as they were turned down for the vaccination  contract until the citizens began crying foul and shining a light on the disparities yet again.

We may have never learned of Doroshin, except for two things; first,  he  began  bragging  of  what  he was able to do on the news, essentially saying  that  he went from being bored in 2020, creating PPE with 3-D printers, to second, unveiling a plan to help vaccinate the citizens.

When Doroshin changed from a non-profit to a for-profit status, and the privacy law which would’ve allowed him to sell people’s information was in play, the city unceremoniously dumped him and his organization, Philly Fighting COVID.

As the news began to travel, city leaders began scattering like roaches even as they sputtered and gave trite excuses they thought the public should buy into, such as “we will do better in the future,” with no apologies in sight.

Who on earth thought that this was a good idea?

Furthermore, we have a school district that does not seem to know if it’s opening and if so, with what COVID-19 safety protocols are in place for the children they’re supposed to be serving. A recent report presented at a school board meeting said that the schools would have adequate airflow for the children to safely return, only for the public to learn that the “adequate airflow” was to be provided with window fans on plyboard being placed into windows of school buildings!

You just can’t make this stuff up. Officials continue to backpedal and point fingers around who said what, and how we misunderstood what they talked about in these school board meetings.

In addition, we have a city literally under siege with over 500 people reported dead in 2020, staying on a similar trajectory for 2021 with over 40 people dead this year already and counting.  The public is so outraged there have been calls for the resignation of the Police Commissioner Danielle Outlaw.

A report from City Controller Rebecca Rhynhart speaks of the horrific way the police department handled the protests and riots in 2020, with tear gas being used on the citizens.

After watching all these events happening one after the other like a domino effect, it begs the question — where is the leadership in our crumbling city?

No one wants to take responsibility for anything while the citizens continue to ask the hard questions like, “Who is responsible for this?”, “Who should be held accountable?” and “How do we move forward?”

The City of Philadelphia already has the dubious distinction of being one of the largest poor cities in the country, and yet nothing seems to be getting better, because we have leadership that refuses to move from behind a computer screen to get in front of the citizens to explain why we are in this predicament, and continues to stay behind that screen.

There are so many people who are positioning themselves for pieces of power, that they are eating each other alive to stay relevant.

I am under no illusions, nor am I naïve to think that some of this would not be taking place, because after all, it is politics. What is concerning to me, however, are the levels at which these things are happening, seemingly with complete disregard for the people that are living in this city.

As Philadelphia continues to crumble from lack of leadership in every direction, the only thing consistent are the fingers being pointed everywhere, except where they need to be — at the ones in charge, those elected to apply integrity and due diligence on behalf of the people they were elected to serve.

The citizens feel as if they are being killed by the police and marginalized in their own city. Parents and educators want better answers from a school system that is doing anything but helping the majority of its students, and oh, by the way, we need the most vulnerable to be vaccinated, but even that has become a “who you know,” not “what qualifies you.”

The lack of urgency in the face of mounting and emergent issues in Philadelphia, must come to a head. If our current leaders cannot or will not take responsibility to right these wrongs, it is time for the people to challenge and replace these leaders at the voting booth.

A Lawful Truth: Mice or Men? The gift of being a father