Why The Container Store pays its workers about $50,000 a year 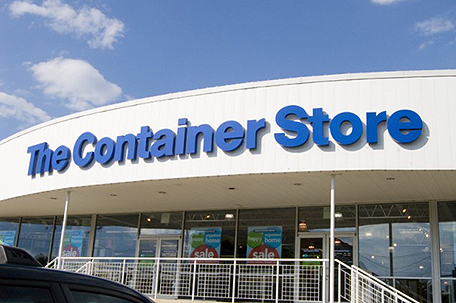 The Container Store pays its 6,000 employees an average of $48,000 a year, according to CEO Kip Tindell’s new book Uncontainable.

As he told Business Insider, “That’s a lot of money for a retail sales clerk.” In fact, median pay for retail sales workers is just $21,410 a year. The company also gives “big” raises each year, he said, from 0 percent for low performers to as much as 8 percent.

The company still performs well while paying more than double what’s typical for the industry. It has annual sales of nearly $800 million. And Tindell credits at least some of that performance with the higher pay. His theory is “one equals three,” he told the Wall Street Journal: “one great person can easily do the business productivity of three good people,” which means a company can pay that one high performer “50 percent to 100 percent above industry average.”

And that brings returns back to the company. He told Business Insider that the company gets three times the productivity even while paying two times as much in wages. “[Y]ou save money, the customers win, and all the employees win because they get to work with someone great,” he said. Plus the company has a 10 percent turnover rate, while the rate for the entire industry is about 75 percent, and turnover is very costly. Tindell credits high wages for the low rate, saying, “[P]ay is more important than most people realize, particularly if you’re trying to attract and keep really great people.”

Beyond the business incentives, he believes he has a responsibility to pay more. “If you’re lucky enough to be an employer, you have a moral obligation to create a great work environment,” he said.

To that end, he thinks other companies should compensate their employees the way his does. And he may have the ability to influence them as incoming chairman of the National Retail Federation (NRF), which has opposed a minimum wage increase. “I’ll work to get the NRF to actually moderate and review that” stance, he said. “I also think certain companies will soon come out in favor of raising the minimum wage because they’re going to have to politically. Better pay leads to better profitability.”

Some other retailers do take that route, such as The Gap, Costco, Whole Foods, and others, which pay above the federal minimum wage of $7.25 an hour. The Gap, for example, saw the immediate benefit of a spike in job applicants after it announced a higher minimum wage for its employees.

But others are known for lower pay. The majority of Walmart’s employees make less than $25,000 a year. Its low pay has sparked strikes and protests across the country for the last few years, with workers demanding at least $25,000 a year and/or a minimum wage of $15 an hour, more full-time work, and an end to retaliation against those who try to organize a union. Fast food workers have also gone on strike to demand higher pay.

The Container Store stands out in some other ways. Tindell says, “We’ve never laid anybody off in the history of the company,” although it does fire workers for poor performance. During the recession, it didn’t do any layoffs, instead freezing salaries and 401(k) matches. He claims that means the company “bounced back quicker after the recession because of the loyalty factor.”

He also has a focus on gender balance in the top ranks. He told Business Insider, “I think women make better executives than men” because of his value of “emotional intelligence,” and to that end says about 70 percent of top leadership positions are held by women. “We were just looking for the best leaders. Obviously, we have nothing against men,” he explained. “It’s just that the skillset — communication, empathy, emotional intelligence, understanding what we stand for…and being like our target customer — really fits the bill with women.” The 70 percent figure is remarkable given that women hold less than 15 percent of executive officer positions at the country’s largest companies.