Twelve things not to do if you win the Lottery 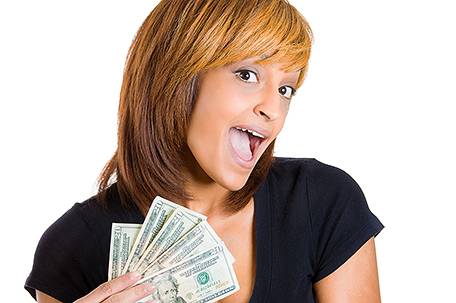 Imagine becoming vastly wealthy overnight. Being a winner of a multimillion dollar lottery has to be incredible. It certainly is going to be a life-changing event for almost every single lottery winner. But what about when the prize is an astronomical sum of $100 million, $200 million or $300 million? Various Powerball lotteries have reached vast sums and lotteries elsewhere in the country may as well.

Future Powerball and state lottery ticket winners will become incredibly wealthy in an instant. Imagine being Joe Somebody and turning into Sir Joe the Magnificent overnight. Now imagine the unthinkable that Sir Joe could become Joe the Village Idiot in a very short time. Supposedly most lottery winners end up broke again. That just doesn’t seem right at all.

24/7 Wall St. wants its readers, particularly those few who are lucky enough to win the lottery, to avoid some of the simple and complex mistakes that have taken other lottery winners into bank

(1) Forget to sign a ticket or report it to the state. After doing some research, we find this is apparently the simplest and easiest error to make. Can you imagine losing a lottery ticket? Then imagine what can happen if someone else snags your ticket and shows up to collect the prize. Fighting over this is no simple task and disputes have arisen over who owns what ticket. In a way, lottery tickets are almost considered the last form of bearer bonds that anyone collect on if they show up with the coupons and bonds.

(2) Tell everyone you know. If you win this much money, chances are high that you will to want to brag about it. How could you not? The problem is that telling everyone you know before you collect puts you in danger, and in more ways that just one. Everyone who has ever done anything for you now may come with their hands out asking for something, or worse. You probably have heard of kidnap and ransom insurance before. One recent lottery winner even became the victim of what appears to be murder. If you can manage it, and if your state allows it, try to remain anonymous for as long as humanly possible. How you became vastly wealthy will be found out in time anyway, but there is no need to hurry that along.

(3) Automatically decide to take the up-front cash. Supposedly some 70 percent of lottery winners end up broke again, many within a couple or few years. If you get $172 million up front, it may sound better than having to receive a payout of $300 million slowly over the course of a lifetime. After all, it is instant empire-making money. Go see a reputable and visible tax professional and a reputable investment advisor at a top money management firm with a widely recognized company name. This theme of “reputable and visible” will echo throughout.  Do this before you automatically make the decision about a lump-sum or annuity option.

(4) Think that you are the smartest person to manage your money and finances. If you go from living paycheck to paycheck, does it sound right that you will know the best things to invest in and the best tax and asset protection strategies? Your drinking buddy might not be the best choice as an advisor and expert. Having a solid and respectable team in place will act as your buffer that protects your assets now and in the future. Do you know how to protect your assets against all threats and know exactly how to protect your estate in case you die or become incapacitated? If you answered yes, you probably did not bother playing the lottery.

(5) Let your debts remain in place. If you get the “I’m rich and don’t have to pay anymore” bug, you might be dooming yourself. One lottery winner in California was reportedly strapped with debt from property purchases. Whether you take the lump-sum or the annuity option, if you have a single penny of debt in the immediate future and distant future, then something is seriously wrong. For that matter, you should not have a single debt ever again. If you manage to go broke down the road and still have a mortgage, car payments, student loans, credit card debt and personal bills, all of your friends and family members should get to spank or ridicule you every day for the rest of your life.

(6) Become the generous high-roller, living the life. If you go from living a simple life to instantly being able to spend hundreds of thousands of dollars (or more) per week, what do you think happens to your expectations in life ahead? Chances are high that you will want more of the same. If you start gambling in Las Vegas and are not happy until you are gambling with hundreds of thousands of dollars (or more) per play, you are dooming yourself. Wait until the real con men find you. Taking you and your favorite 50 people on a luxury cruise around the world can become very expensive, very fast. Having an entourage generally only works for people who keep making more money.

(7) Buy everything for everyone, or even for yourself. Do not go out and buy dozens of cars, followed by houses and whatever else, for you and your friends and family members. This will start you on a bad path, and you could easily become the next friends and family personal welfare department. If you start buying everything for everyone, chances are high that they might expect that to last forever. You do not have to be a cheapskate, but after hearing a personal story of someone buying more than 30 cars and multiple houses in three months it is just crazy.

(8) Say to hell with a budget. Maybe it sounds crazy that you have to live within means when you get empire-making money. After all, you are now wealthier than everyone you know combined. This also goes back to having advisors and being prudent, but at the end of the day you do still have a finite sum of money. Chances are very high that you will make some serious purchases and your lifestyle will be changed forever. Without setting limits for yourself and for what you do with others is a recipe for disaster. Again. most lottery winners go broke.

(9) Become the business backer for all your friends and family. One common theme that has come up with lottery winners (and judgment winners) who suddenly get vast sums of cash is that their friends and family start pitching them on endless business ideas. Sure, some will sound great and some will sound crazy. If someone has no knowledge of a particular business and does not know what it takes to actually run a business, will they do better because a lottery winner who lucked into vast wealth gave them money to start it? If your answer is yes, you seriously need to protect yourself (from yourself).

(10)    Give away the whole enchilada. This is probably not the case for the vast majority of lottery players, but some people might want to give away just about all of their money to a charity or to their religious institution. You can be generous without doing the unthinkable. Imagine what you will feel like down the road when a serious crisis arises in your life or your family’s life, knowing that you no longer had the means to change it. Should you be charitable? Absolutely! Should you give it all away? Absolutely not!

(11) Get celebrity and athlete envy. Keeping up with the Jonses is bad enough, but definitely do not try to keep up with the Kardashians or other celebrities. It may seem cool to own a 200-foot yacht. It may seem practical that certain celebrities have an entourage, or to have a film crew following you around. It may seem cool owning castles in Europe. Owning an original Picasso painting sure sounds impressive. Having a big new private jet makes sense for a lot of people. Trying to dodge taxes might even sound appealing to misguided people. Now go add up the price tags of these things, plus the cool cars and houses and the rest of it. You can go broke real quick. Just ask people like Nicolas Cage, Wesley Snipes, MC Hammer, Evander Holyfield and many other famous people who had it all and ended up broke how they feel about things.

(12) Think that laws and decency standards no longer apply. It is true that the wealthier you get, the better attorneys and legal defense you can afford. That being said, living a reckless life without concerns about the laws of the land will not keep you from going to prison (or worse). A good sports coach will tell any star athlete upfront that chances are high they will have to be human for far longer than they are going to stars. Movies often glamorize scoundrels, but what good does it do you if you are incredibly wealthy and such a pariah that no one will associate with you? Remember, you don’t get to take any of your wealth with you.