The disappearing act: How to go from being credit invisible to credit visible 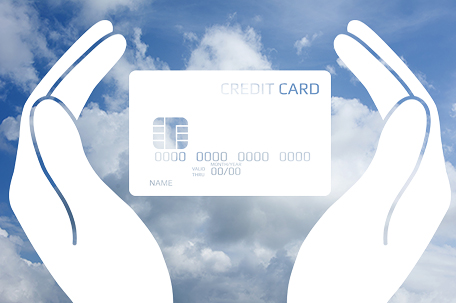 Show what you can do: How to become credit visible

BPT
Are you credit invisible?
You may have never heard this term before, but if you are credit invisible, then you’ve certainly felt its affects.
Those who are credit invisible lack a credit score due to non-existent, limited or dated credit histories. More than 30 million Americans have been unable to get a credit score at one time in their lives according to VantageScore Solutions LLC, a credit score model developer. This group of people – the credit invisibles – fall prey to this category primarily because they either:
• lack a credit history as a young adult (41 percent);
• avoid credit and/or rely on cash (22 percent); or
• lack a credit history when moving to the United States (16 percent).
A few examples of those who are credit invisible include students who just started building their credit files, people who only make cash purchases and don’t own a credit card, and veterans who have just returned to the United States and haven’t used credit in years. Another example of how a consumer can become credit invisible is the retiree who may pay cash for large items versus financing. Flash forward to that person wanting or needing to finance an unplanned item or event; they often find they have lost their credit score due to non-credit usage. So as you can see, credit invisibles can easily be your neighbor, a son or daughter, family member or a friend.
Across the nation, there are an estimated 30-35 million credit-invisible Americans typically not scored by conventional credit scoring models. Based on research commissioned by VantageScore Solutions, this number is significantly higher than consumers initially estimated. In fact, half of Americans estimated the number of credit-invisible Americans to be less than 25 million; clearly showing the problem is larger than most people realize.

Creating credit magic
So how do we help credit invisible consumers become visible? There are effective and safe methods that consumers can use in order to establish credit and thus become more scoreable.
Open a secured credit card.
A secured credit card is a credit card issued by a mainstream bank, credit union or credit card issuer. Consumers have to apply for the account which requires a deposit that will open up a line of credit usually in the amount of the deposit. As a true extension of credit, an issuer can report the account to credit reporting agencies. Credit scoring models can use this information to generate a credit score.
Become an authorized user on someone else’s credit card. An authorized user is someone who has been added to a cardholder’s credit card, giving him or her access to the cardholder’s line of credit. Most credit card issuers report the activity of the account to the authorized user’s credit reports. And if the account has always been paid on time and has a low balance relative to the credit limit, then it will benefit the authorized user’s credit profile. Conversely, also be aware that missed payments and high balances will negatively impact both the cardholder and the authorized user.
Take out a credit builder loan. Credit builder loans are modest loans – normally less than $1,000 – issued by credit unions to a borrower. While the borrower pays off the loan over a compressed period of time, the lender reports that activity to the credit reporting agencies, thus helping build a credit report.
Having and maintaining a high credit score is a foundational element of personal finance. If you are credit invisible, this can cause higher financing rates or even a loan rejection. That’s why simple steps to building credit can help, not only to get you in the practice of paying off debt consistently, but also to get you on the right track to becoming more credit visible to lenders.
There are many other ordinary activities that can impact your score. The Consumer Federation of America and VantageScore Solutions offer a website to learn more at www.CreditScoreQuiz.com. The website is also available in Spanish at www.CreditScoreQuiz.org/Espanol. You can also visit www.yourvantagescore.com to learn more about credit scoring.

A reasonable explanation: What ‘reason codes’ tell you about your credit score