Small business 101: What you may not know about your credit card processor 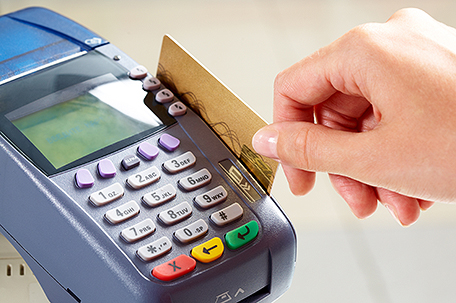 So is the American dream. Employer-based small businesses include local restaurants, convenience stores, laundry mats, barber shops, and the list goes on. There are approximately 8 million of them in the U.S. today, Business Insider reports. What is one thing most of them have in common? They accept credit and debit cards as a means of payment.

The electronic payment processing industry is a critical component for small, mid-size and large businesses alike. All merchants depend on reliable, affordable electronic payment services to grow their businesses; however, some credit and debit card processors take advantage of small businesses that do not have large accounting and auditing teams to protect their interests. Rates can be easily misrepresented, fees can be hidden or inflated – and the numbers quickly add up.

Not many people know or realize the intricate workings of credit card processing. Electronic payment processors establish the link between businesses and the card issuers, enabling the rapid approval of payments after a credit or debit card is swiped. A day or two later, funds are transmitted from the issuer to the merchant. Easy enough.

So, what does a merchant pay for accepting cards? Interchange fees are the largest piece of the puzzle. This fee is paid by the merchant to the consumer’s card issuer. A second interchange cost is charged by the card networks (e.g., MasterCard and Visa). The final portion is paid to the payment processor, which actually handles the transaction and provides customer service.

Merchant/payment processor contracts can vary significantly, but in recent years most merchants prefer to be priced on an “interchange-plus” basis. This provides much greater transparency for the merchant by separating interchange fees – which should be billed at cost – from processor fees, which are negotiable. Interchange rates are public information, and they are not negotiable. Everyone – including businesses, governments, banks, utilities, etc. – pays the established interchange rates published by Visa, MasterCard and Discover.

It should be a relatively transparent process. However, the complexity of the system allows opportunistic processors to misrepresent their charges to boost their profits. Misleading practices can include any of the following:

* Hiding the processor’s markups by inflating the stated interchange fees.

* Charging merchants for security fees that provide no value, falsely claiming they are mandated.

* Not passing on interchange fee reductions made by card brands.

* Charging arbitrary fees such as “re-underwriting fees,” when no such action took place.

* Charging merchants thousands of dollars to change the phone number in a point-of-sale (POS) system when merchants change processors to protect themselves from the scams.

* Arbitrarily refusing to reset the phone number on POS devices when merchants decide to switch processors.

Unfortunately, payment processor pricing schemes are widespread. It is important to remember that these practices are not only unethical, but can often be illegal. While some credit card processing providers would do anything to make an extra buck at the expense of unaware small business owners, other companies put their clients first.

“Heartland Payment Systems has consistently advocated for fair, transparent and ethical credit, debit and prepaid card processing and billing procedures for small and midsize businesses,” says Robert O. Carr, chairman and CEO of Heartland. “The pricing practice of falsely inflating pass-through interchange fees not only constitutes unfair and illegal competition, it also costs even the smallest of merchants hundreds, or sometimes even thousands of their hard-earned dollars each year without their awareness.”

In fact, in 2006 Heartland introduced “interchange plus” pricing statements for merchant customers, highlighting all processing fees separately on a line-by-line basis. This transparent system became so popular with businesses that most of Heartland’s competitors soon followed suit for many of their small and mid-sized merchants.

Credit and debit card processing is a complex and intricate business. The best defense for merchants who want to ensure they are paying fair payment processor fees is education and vigilance.

Weak US card security made Target a juicy target