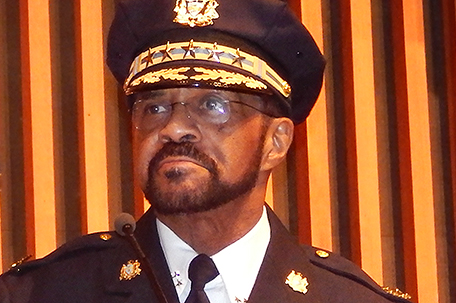 Responding officially to the Memorandum of Understanding (MOU) Audit released Monday by City Controller Alan Butkovitz, Sheriff Jewell Williams gave a point-by-point address that exposed several major errors in the audit of the MOU between the Office of the Sheriff of Philadelphia City and County and Philadelphia City Administration.

“It’s not unusual to disagree with the findings of any audit, but when the findings are both dated and inaccurate, there must be a response,” said Sheriff Williams.

In a letter to City Controller Butkovitz, Sheriff Williams pointed out that the findings of the audit:

•  Cites processes and procedures from more than a year ago that have since been either eliminated, and/or corrected.

•  Incorrectly stated that the Office of the Sheriff of Philadelphia City and County were not following the “city’s required procurement and contracting guidelines” when in fact every major contract has gone through the competitive bidding process as required by the city.

•  Incorrectly stated “new bank accounts had not yet been established” when during the period of the audit, the City Treasurer conducted a lengthy review of all city banking relationships including those of the Sheriff’s Office.  In response, the Sheriff’s Office chose one of two banks recommended by the City Treasurer, which is also aware of all accounts and has online, real-time access to these accounts.

Butkovitz’ audit also offered several solutions to correct situations that had already been put in place over the course of the audit and were not mentioned in his final report.

“Trying to tackle the problems and concerns of an office that have accumulated over more than 20 years is not an easy task”, said Sheriff Williams.

“We have spent an enormous amount of time and energy correcting situations and putting safeguards in place to protect the integrity of the office,” he continued.  “It’s no small matter for us to not see that same type of integrity in an audit that apparently failed to update itself on real-time situations in the Office of the Sheriff of Philadelphia City and County.”

A copy of the response was also sent to Mayor Michael Mayor Nutter and City Council Members.