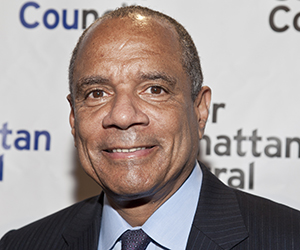 NEW YORK–Kenneth Chenault was chief executive officer and chairman of American Express until January 31. He had a 37-year career at the credit card company, including 17 years as CEO. In his last interview before retiring, Chenault talked to The Associated Press about the new tax law, being a Black CEO, and what greater competition means for AmEx.

Q: You’re leaving AmEx, but if you were staying, how would you use the benefits from the tax bill?

A: I think that a lower corporate tax rate will in fact spur the economy in the long term, and for American Express, it is clearly a benefit because we had a tax rate in the 30s.

We wanted to create some long-term benefit for our employees. That’s why we did this one-time incremental benefit in profit sharing, and are looking at other ways of enhancing our profit sharing benefit. Second, we are looking for opportunities to invest in the business. We are going to put $200 million into incremental investments, places where the company can grow and expand. The third, shareholders should benefit and so shareholders are going to get the vast majority of the tax benefit.

Q: AmEx has faced increased competition since you became CEO, including from your former colleagues. What do you make of this?

A: What I hear from people who have left the company is, “I haven’t been able to replicate the experience that I’ve had at American Express. I’ve learned a lot, the skills have been really valuable, but there’s something about this culture that’s special.’’ They want to replicate our business but really don’t have the same business model as we do, the closed-loop model (where we are both bank and payment processor).

Q: Your departure reduces the number of African-American CEOs at Fortune 500 companies to three. What legacy would you talk about tied to that role you play in society, and also in business?

A: Here’s what’s very important and I think I’ve been very clear is, that’s embarrassing. It’s embarrassing because there are thousands of people who are just as qualified or more qualified than I am who deserve the opportunity, but haven’t been given the opportunity. People overcomplicate this issue. One is you need a pipeline of people coming in. You need to create an environment where people are embraced and engaged rather than just tolerated.

Company boards and management have to say “Diversity and inclusion is a core priority. And it’s not a flavor of the month. It’s not something we’re just going to try for a year or two. We’re going to keep at it until we get it right.’’ And I think we need that level of intensity and focus.

Q: What will American Express look like once plastic cards go away?

A: I could care less if plastic goes away. People have said to me when discussing the end of plastic cards, “Well, people don’t see the card.’’ But here’s what they do see. They see the service and the service is in the brand. I would argue that the American Express brand becomes even more important when cards go away.