‘Professional Black Girl’: A one on one with Dr. Yaba Blay 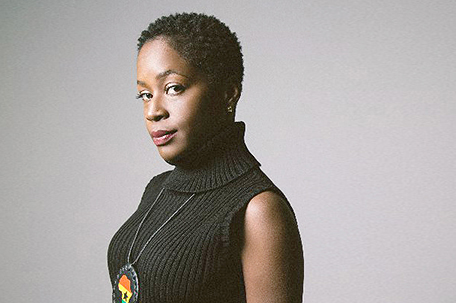 Blackness as a monolith is a construct many people in the African diaspora continue to fight to dismantle. In the past few years, there has been a surge of Black women highlighted and recognized for being the multifaceted, incredible beings they are — thanks in part to movements and hashtags like #Blackgirlmagic. “Black Girl Magic” is not only an affirmation, it is also a way of paying homage to the amount of strength, perseverance and ingenuity required to exist in a world that rarely receives Black women with open arms. “Black Girl Magic” is by its very nature magical in its defiance.

Now Black women have another mantra they can proclaim with pride – “Professional Black Girl.”

Scholar-activist, author, public speaker and cultural consultant, Dr. Yaba Blay, is responsible for creating the term, “Professional Black Girl,” as well as a multi-platform digital community and web series of the same name. Blay spoke with The SUN about her journey to creating the “Professional Black Girl” series and the significance of having a platform that showcases Black women to be their authentic selves.

“Because I am one, I am the mother of one and the grandmother of two!” Blay said when asked about the inspiration behind creating a series dedicated to showing a wide array of Black women.

The series “Professional Black Girl” started in 2016, inspired in part by the connection Blay had with some of her students during her time working at an Historically Black College.

“Part of the reason they [her students] were drawn to me is because I was different from their other Black women professors and administrators to the extent that they really felt like they were being trained away from themselves,” she explained. “Going to a university and having women who are aspirational, people who are successful in the field that you aspire to enter, tell you that ‘you have to dial that back baby — you can’t talk like that, you shouldn’t dress like that, you shouldn’t wear your hair like that. If your name is Keisha Danielle, maybe you want to put K. Danielle on your resume.’ All of these ways to not present as your Black self, because that’s what it’s going to take to be a ‘professional’ out in the world. That made me say, ‘that’s a truth to some degree, but that doesn’t have to be the truth.”

Black women are often told what it means to be presentable and how they have to behave and interact with the world in order to be accepted in it. Blay challenges that notion, noting the importance of embracing the wide range of who Black women are.

“Doing the series, I just thought about my circle of friends who are all amazing women in their own right, but all very authentic to who they are,” Blay said. “It was a bright idea to do this series to just showcase them, and not to talk about their field and what they do professionally, because my use of professional is subversive. It’s not my resume, it’s not my PhD, it’s not all the accolades that make me professional. What makes me professional, is the extent to which I am committed to showing up in the world as a Black woman and representing Black culture.”

The series “Professional Black Girl” allows Black women to see themselves. The series honors various aspects of our culture and heritage while paying homage to our diversity. It offers the incredible gift of authenticity to the Black community as a whole.

“I think part of what it means to be of community, in community and accountable to community is that we do work for us and about us, just for the sake of doing it for us.” Blay said. “It is always my intention to do work that is beneficial to my community. It brings me joy to hear women from New Orleans say thank you for doing this. The reward is absolutely the idea that women are able to see themselves.”

“Professional Black Girl” is now streaming as part of the “AfroPop: The Ultimate Cultural Exchange” on: www.worldchannel.org.

Think spring: Tips to find and grow your relationship with a landscape professional