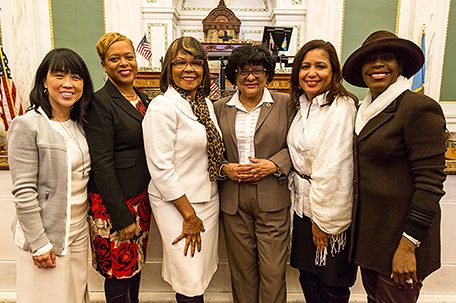 Last week, Philadelphia City Council passed Bill 171109 and Resolution 171134, which will amend the Philadelphia Home Rule Charter with a provision of mandatory annual sexual harassment training for all City officers and employees.

Introduced on December 14, 2017 by Councilwoman Blondell Reynolds Brown (D-At-Large) in partnership with the ‘Women of City Council’, the new bill will require mandatory annual training for all exempt, non-exempt, civil service, City officers and employees regarding sexual harassment in the workplace.

“This legislation is a significant step in the right direction to ensure that the City of Philadelphia is fostering a workplace environment free of sexual harassment,” Reynolds Brown said. “All employees deserve to work in an environment that works against gender stereotypes, empowers bystanders, encourages civility, requires serious training, promotes women, encourages reporting, and implements proportional consequences for negative behaviors and offenses.”

Reynolds Brown also introduced an amendment to Bill 160609, which requires lead safety in family child day care facilities. The bill, which mandates that family and group child care facilities be certified “lead safe” before being granted a license from the Department of Licenses and Inspections, will now go into effect on January 1, 2020.

In addition, Reynolds Brown introduced a resolution calling for the prompt discharge of the #METOO Act from the Pennsylvania House’s Committee on Labor and Industry with an affirmative and favorable recommendation.