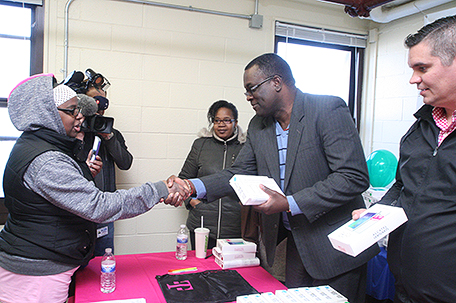 ABOVE PHOTO:  Families are presented with free tablets from T-Mobile during PHA’s Family Self -Sufficiency Program Community Day.

The Philadelphia Housing Authority (PHA) hosted a Community Day and a news conference at 300 N. Busti Street, announcing a partnership with T-Mobile to distribute 4,500 free tablet computers and two years of  access to T-Mobile’s high-speed 4G LTE network over the next year.

On March 17, the first 305 households at West Park Apartments and 300+ participants of PHA’s Family Self -Sufficiency Program received tablet computers. 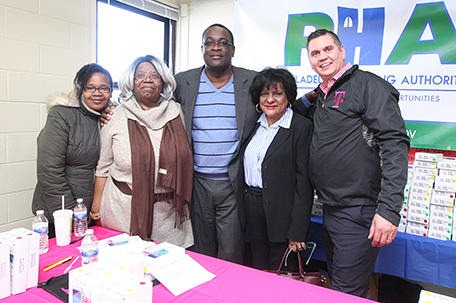 PHA is participating in the U.S. Department of Housing and Urban Development’s (HUD) ConnectHome initiative to close the digital divide in America and to extend affordable broadband access to families living in HUD-assisted housing, since one in four American households still doesn’t have access to the internet at home.