Party of the rich: In Congress, it’s the Democrats 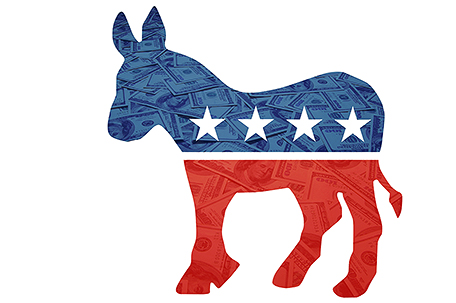 WASHINGTON — Republicans are the party of the rich, right? It’s a label that has stuck for decades, and you’re hearing it again as Democrats complain about GOP opposition to raising the minimum wage and extending unemployment benefits.

But in Congress, the wealthiest among us are more likely to be represented by a Democrat than a Republican. Of the 10 richest House districts, only two have Republican congressmen. Democrats claim the top six, sprinkled along the East and West coasts. Most are in overwhelmingly Democratic states like New York and California.

The richest: New York’s 12th Congressional District, which includes Manhattan’s Upper East Side, as well as parts of Queens and Brooklyn. Democrat Carolyn Maloney is in her 11th term representing the district.

Per capita income in Maloney’s district is $75,479. That’s more than $75,000 a year for every man, woman and child. The next highest income district, which runs along the southern California coast, comes in at $61,273. Democrat Henry Waxman is in his 20th term representing the Los Angeles-area district.

Across the country, Democratic House districts have an average per capita income of $27,893. That’s about $1,000 higher than the average income in Republican districts. The difference is relatively small because Democrats also represent a lot of poor districts, putting the average in the middle.

Democrats say the “party of the rich” label is more about policies than constituents.

The famously wealthy Romney also uttered a more famous quote about the 47 percent of Americans who pay no federal income tax.

“My job is not to worry about those people,” Romney said in a secretly taped speech at a private fundraiser. “I’ll never convince them that they should take personal responsibility and care for their lives.”

In the election, Romney carried only one income group: people making $100,000 or more, according to exit polls. But when it comes to Congress, the rich districts like their Democrats.