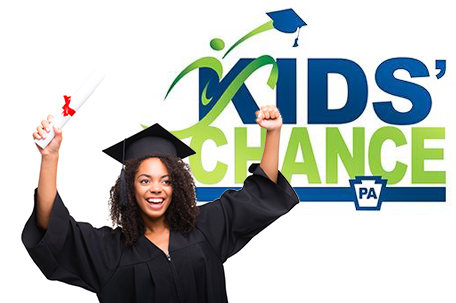 The donated funds are proceeds from the section’s numerous activities commemorating the passage of Pennsylvania’s Workers’ Compensation Act. June 2, 2015 marked the 100th anniversary of the act, often referred to as “The Grand Bargain.” This legislation has become crucial to the protection of employees and employers alike, and its passage marked a milestone in the practice of law in the commonwealth.

“We are grateful to the many Pennsylvania lawyers and sponsors who supported our year-long efforts to draw attention to the importance of the Workers’ Compensation Act and are pleased that such a significant sum of money could be donated to help fund the educational needs of children,” said R. Burke McLemore Jr., who served as chair of the PBA section’s Pennsylvania Workers’ Compensation Centennial Committee

“The PBA’s Workers’ Compensation Section has been a major supporter of Kids’ Chance since its very beginnings and that steadfast assistance is a major reason for our success in providing scholarships to children of injured workers in Pennsylvania,” said John W. McTiernan, president, Kids’ Chance of Pennsylvania.