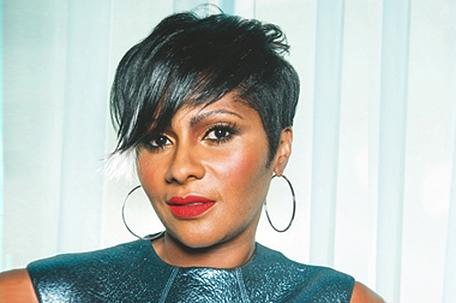 Johnson Publishing named Kierna Mayo as editor-in-chief of its monthly magazine Ebony and Kyra Kyles as its new head of digital editorial, promoting two employees to fill a gap left after exits since 2014.

Johnson Publishing has been trying to steady itself amid financial challenges and editorial exits.

Former Ebony Editor Mitzi Miller, who also was editor of the company’s weekly Jet magazine, exited abruptly in February months after her predecessor, Amy DuBois Barnett, left in 2014. The private company has been navigating efforts to boost profits, including the end of print production for Jet magazine and the proposed sale of its historic photo archive.

Mayo, 45, will work out of the company’s New York office. She was hired at the magazine in 2011 as its editorial director and has been leading the magazine since Miller’s departure. The publication has produced three issues under her leadership, including covers that featured hip-hop artist Kendrick Lamar, talk show host Wendy Williams and, for its current issue, singer Beyonce Knowles’ mother, Tina Knowles Lawson.

Mayo, who was a co-creator and founding editor-in-chief of Honey magazine, says she aims to revive a “maverick spirit” at Ebony that the magazine had in the 20th century, using a probing and provocative approach that tackles topics from celebrities to race relations. She also has written for Essence, Vibe and Marie Claire magazines, among other publications, the company said in a statement.

Kyles, 39, joined Johnson Publishing in 2011 also as a senior editor for Jet and most recently was the editorial director of that publication. In the past, she had produced a pop culture column called the “Kyles Files,” which had a weekly broadcast segment on WGN-TV.

Rogers, who leads the company along with Chairman Linda Johnson Rice, said the two editors will work closely together on content for all the company’s channels.

“Both women have strong print as well as digital backgrounds,” Johnson Publishing CEO Desiree Rogers said in an interview. “We want them to always be thinking across platforms.”