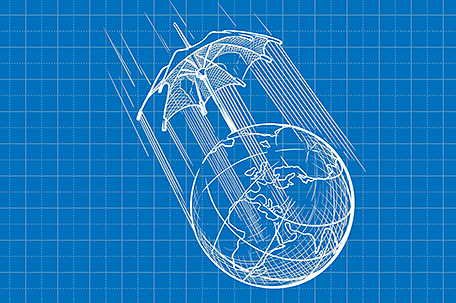 Pennsylvanians looking for work have reason for hope. After months of mediocre job growth, the state’s unemployment rate just dropped to 5.1 percent.

Yet, thanks to a new regulation from the Environmental Protection Agency, this promising future could vanish. The EPA just issued new rules on “ground level ozone” that will strangle the economy and drive much of the energy industry out of our state.

Ground-level ozone is a chemical created naturally by the decomposition of plants and animals, as well as by emissions from cars and power plants.

The federal government began regulating ozone in 1971, after the chemical was linked to human respiratory problems. And in 1979, the EPA issued a strict limit on how much ground-level ozone was acceptable in the atmosphere, setting its initial threshold at 120 parts per billion. In 2008, the EPA dropped this standard to 75 parts per billing.

The new regulation just slashed this standard further, dropping it to 70 ppb.

Right now, more than half of Pennsylvania’s 67 counties will fail to meet this new standard. Much of Pennsylvania’s Marcellus Shale Region — the top natural gas deposit in the country — will also be non-compliant.

The economy would suffer. When regions were labeled noncompliant under previous standards, factories in the area suffered a loss of productivity of 4.8 percent. Workers in these areas saw their earnings cut by 20 percent.

The new standard will especially devastate Pennsylvania’s manufacturing industry. The sector supports $77 billion in economic activity every year — a figure likely to fall drastically under the new regulations. That’s bad news for the state’s 500,000 manufacturing workers.

Moreover, the proposal would prompt businesses to move their investments abroad. In response to 2008 clean-air rules, a 2010 Harvard study estimated that U.S.-based multinational companies have boosted production in foreign countries by 9 percent and increased foreign assets by 5 percent.

This shift in production occurred even though the EPA hasn’t even fully implemented its 2008 standard of 75 ppb. In fact, regulations and guidance procedures for the 2008 standard were only finalized this year.

It’s no wonder why Kevin Sunday of Pennsylvania’s Chamber of Business and Industry worries that “the rule will impact nearly every facet of Pennsylvania’s economy, from energy to manufacturing to transportation.”

The nation’s ozone narrative is already a success story without any additional meddling from the EPA. Between 1980 and 2013, ozone levels decreased 33 percent. In many parts of the country, concentrations of the chemical are now at naturally occurring levels.

So these new standards will have minimal environmental effects. But they’ll cost the state’s economy tremendously. Pennsylvania’s once-promising future may never be realized.

David Williams is the President of the Taxpayers Protection Alliance and a Pennsylvania native with degrees from Kutztown University and Villanova University.