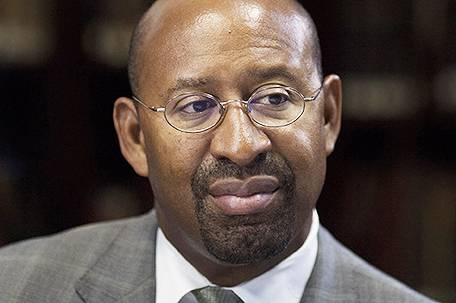 Mayor Michael A. Nutter announced that the first round of checks for the  Philadelphia Education Supplies Fund have been mailed.  The Fund is a multi-year fundraising campaign to provide money to eligible District-managed, Charter and Archdiocesan, K-12 schools to purchase supplemental classroom supplies, including workbooks, paper, pens and pencils.

“Our City’s young people deserve every opportunity for a successful classroom and learning experience.

That begins with great schools, knowledgeable and caring teachers and administrators, and the basic supplies necessary to achieve academically,” said Mayor Nutter.  “I am looking forward to the positive impact the Education Supplies Fund will have on our neediest schools.

I want to thank all of the donors who have contributed to the Fund and want to encourage continued support of this worthy and important resource for teachers and students.”

• Archdiocese of Philadelphia, 13 schools; and

The Philadelphia Education Supplies Fund is a five-year fundraising initiative with an overall goal of raising $2.5 million.  The City of Philadelphia contributed $200,000 at the campaign launch and will give a total of $1 million over the next five years.

The Fund is administered by the United Way of Greater Philadelphia and Southern New Jersey.

Contributions to the Philadelphia Education Supplies Fund can be made online at www.UnitedForImpact.org/teachersupplies.