How to handle rising interest rates in 2018 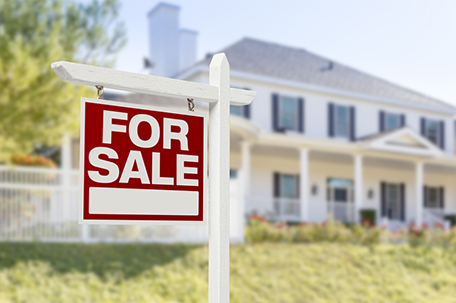 The nation’s central bank – the Federal Reserve – just raised interest rates by a quarter point. The Fed is expected to raise rates at least two more times this year by the same amount. That’s going to affect a lot of your finances, including your credit card bill, car payment and home equity line of credit. But don’t panic. Rates will still be below historical averages, and you can eliminate the impact of higher rates, or lessen them, with some careful planning. Plus, you can take advantage of higher interest rates on savings accounts.

The March 21 hike increased the Federal Reserve’s basic rate by 0.25 percent to between 1.5 percent and 1.75 percent. Here’s how it – and any future increases – will shake out.

“These increases will be passed along to your credit card rate almost immediately – but you’ll hardly feel it if you have a low balance,” explains Robert Frick, corporate economist at Navy Federal Credit Union. For example, for every $1,000 in credit card debt you have, each rate hike will add $2.50 per year. At the end of the year (assuming three hikes), that means an extra $7.50 annually on that same $1,000 balance. However, Frick notes the average card debt for households with a credit card balance is about $15,600, “equaling an extra $117 per year in interest charges.”

If your balance is that high, you might consider these rate hikes a wake-up call. If your credit card rate is the average (15 percent), you’re probably already paying $2,340 a year in interest payments. So, consider shopping for a lower rate – even one percentage point lower can save you more than the Fed rate hikes this year.

Home equity lines of credit (HELOCs) – loans based on the equity in your home – are also variable and will go up along with Fed rate hikes. These rates currently start at less than 5.7 percent on average, but will probably top 6 percent with the Fed hikes before the end of the year.

Robert Frick offers some additional food for thought for consumers with high credit card debt: “Take out a HELOC, pay off your credit cards and save hundreds of dollars in interest payments. Just make sure you don’t turn around and run up a high credit card balance again.”

If you already have an auto loan, your rate is locked in so don’t worry about the hikes. However, if you’re shopping for a car, the Fed hikes will increase rates. That said, car loan rates vary quite a bit depending on your credit and what kind of deal you can get from your bank or credit union. The increase in rates has a small effect on the total interest you pay on the loan compared to these other variables, not to mention the term of your loan and how much you pay for the car.

The Fed hikes won’t directly affect fixed-rate mortgages. Those are tied to the 10-year treasury bond rate, which is primarily controlled by supply and demand in the financial markets. However, the 10-year Treasury rate has already risen this year, and is expected by many analysts to continue going up. Thirty-year mortgage rates have averaged around 5.6 percent the last 20 years, and are below 4.5 percent now.

Here’s another tip from Frick: “You should not let the prospect of rising mortgage rates trigger you into buying a house quickly. There are so many factors to consider in such a major purchase.” But to give you a rough idea on the effect of rates, a $200,000 mortgage loan at 4 percent results in a $955 monthly payment (principal and interest). A 4.5 percent loan for the same amount is $1,015, or an extra $58 per month.

If you already have a variable rate mortgage, you can expect your rate will rise along with Fed hikes.

Rising rates mean you’ll get more money on bank savings accounts, money market accounts and certificates of deposit. Savings rates are also on the move. When a year ago savers were grateful for a tenth of a percentage point increase or less, you can now find rates for some products jumping by 0.3 percent, 0.4 percent or more. Frick points out that certificate of deposit rates are starting to rise and will grow in 2018. “Other savings products are not rising as much and the increases are mainly coming from credit unions and online banks, with commercial banks lagging,” he said.

Lastly, Frick recommends this savings strategy: “Do not commit yourself to a single certificate of deposit duration, unless it meets a specific goal. Buy several CDs and stagger the terms, so you’ll be able to reinvest regularly as rates rise.”

How to use your home equity in retirement