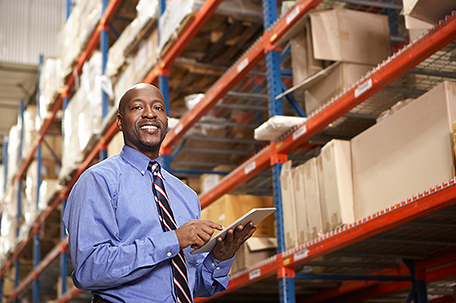 Once their military service ends, veterans can face obstacles in assimilating back into civilian life. One common struggle is finding post-military employment, which is why some veterans choose to own their own business and pursue franchising.

In fact, The UPS Store found in a recent survey that 63 percent of veterans and active duty service members who envisioned a second career as a small business owner considered owning a franchise. Franchising allows veterans an opportunity to apply the skills they gain in the military, such as leadership, work ethic and discipline, to manage and run their own business.

Beyond skills they gain in the service, there are several qualities those with military training have that help them become successful franchisees, including discipline and drive. Of those surveyed, 54 percent of service members felt confident that the skills they gained in the military help them to be successful in the civilian world.  Additionally, the ability to follow and execute a plan is a critical skill in the military. This can prove to be useful for a franchisee trying to establish and grow their own business. Finally, veterans know the value of teamwork, which can help them manage employees and collaborate within the franchise network.

When Wade Franklin, a former U.S. Navy Officer, made the decision to strike out on his own, he looked for a franchise option where he could leverage these skills with a franchisor that provided support to veterans and was backed by a strong brand reputation.

“After realizing I wanted to own a business, franchising seemed like the way to go,” said Franklin, who now owns a The UPS Store in Arlington, Virginia. “The UPS Store has other veteran franchisees in the network, which is a great avenue of support. They also have a system in place for training and setting up franchisees for success.”

As a participant in the Veterans Transition Franchise Initiative (VetFran), a cooperation of the U.S. Department of Veterans Affairs, the Veterans Corporation and the U.S. Small Business Administration, The UPS Store allows veterans the opportunity to fulfill their desire for a second career. Since partnering with VetFran in 2004, it has awarded franchises to more than 150 first-time franchisees. Of the 4,500 locations in the United States, more than 250 are owned by veterans.

“With skills such as leadership, self-discipline and a hard work ethic, veterans have all the qualities needed to be a successful business owner,” said Tim Davis, president of The UPS Store, Inc. and a former U.S. Marine Corps captain and Gulf War Veteran. “In Partnering with VetFran, we can offer veterans benefits that can help them become a franchisee.”

Franchisees complete a comprehensive training program to develop the knowledge and day-to-day operational skills needed to own and operate their own business. The training focuses on everything from marketing and operations to hands-on print services training.

To find resources and tools to help veterans run a successful business, and to learn more about franchise opportunities and special incentives for veterans, visit theupsstore.com.

Parker to hold workshop for veterans