Guest Editorial: Why Trump’s tax proposal should worry you as a Black person, even more 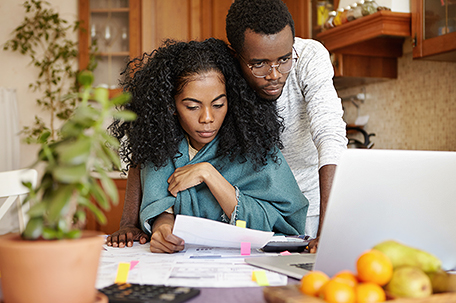 Blacks — poor African-Americans — are the most likely to be hit the most by these tax proposals. These amendments are likely to increase poverty rates and the wealth disparity gap.

While it sounds nice that the Senate and House plans call for deep reductions to the corporate tax rate (it will increase America’s competitiveness in world markets), other changes are highly concerning.

Take renting, for instance. Blacks outpace all other races when it comes to households, paying rent for their primary residences.

As of the 3rd quarter 2017, only 42 percent of Black households owned their homes, compared to 72.5  percent of the non-Hispanic Whites, 46-percent of Hispanics, and 57.1 percent of all other races, according to the U.S. Census Bureau.

This’s troubling when taken together with the fact that in 2016, the average African-American households paid 44 percent of their take-home incomes in rent.

LIHTC has been loaning those who want to build their own homes (including Blacks) and, therefore, reducing its funding will automatically reduce its financial capability to do so — and also increase rental charges.

Actually, the new move is intending to cause an affordability crisis, because many African-American families will now have pay even more for housing, and save less to buy their own houses. This will ensure that the Black households remain renters longer.

The “Low-Income Housing Tax Credit that the House,” is singularly the country’s chief financier for affordable housing investments. The organization gives credit for the construction of affordable housing for the Americans with low incomes.

Approximately 90 percent of all the affordable housing developments in the United States is partially funded through the “Low Income Housing Tax Credit.”

In reality, the Republicans’ tax plan to reduce the funding, will make poor to spend much of their incomes on rent. And that can create a cash crunch which would limit the ability for the poor Blacks to buy food and other essential staffs and to have any other discretionary spending.

This could hurt the economy of the African-American community, creating a sectored economic recession. Such a scenario wouldn’t only worsen the wealth disparity gap but would also endanger the well-being and health of millions.