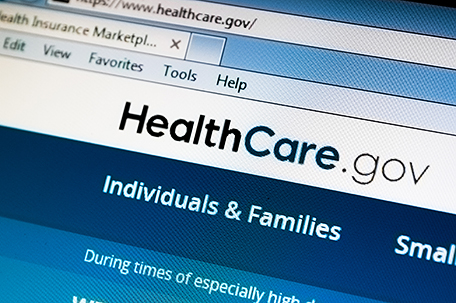 This year’s Affordable Care Act open enrollment period started November 1. Millions of Americans will soon visit HealthCare.gov or the online insurance exchange run by their state to shop for 2018 health plans. Many will be confused by what they find.

Many insurers won’t offer exchange plans at all. There will be just a single exchange insurer in nearly half of all counties.

Luckily, Americans don’t have to settle for exchange plans. They can also buy coverage “off-exchange.” And they may want to consider consulting a certified health insurance agent or broker to determine whether exchange or off-exchange plans are right for them.

Exchange plans are generally more attractive for individuals and families who earn less than 400 percent of the poverty level. That’s because these folks — individuals taking home less than $48,240 or families of four bringing in less than $98,400 — qualify for subsidized coverage. But they can only claim those subsidies through the exchanges.

Off-exchange plans aren’t subsidized. So they may be a better fit for the roughly 40 percent of Americans who earn too much to qualify for subsidies. Some of these plans also generally allow enrollees to visit a wider range of doctors and hospitals.  About 5.4 million people purchased off-exchange plans in 2017.

Most people could use assistance when picking a plan. Less than four in 10 Americans are “very confident” that they can select the health insurance plan that’s right for them. Only 4 percent of people can define common insurance terms like “deductible,” “co-pay,” “coinsurance,” and “out-of-pocket maximum.”

Health insurance agents and brokers can help these folks understand the benefits and drawbacks of various plans. Most of these professionals have 10 or more years of experience in the industry.  Three out of four spend “most” or “a lot of” their time explaining options to clients.

Consumers who have sought assistance from agents and brokers in the past have been extremely satisfied. Nearly 84 percent of people who requested assistance when shopping for plans in 2014 said insurance agents and brokers were helpful. That’s a higher satisfaction ranking than any other source of help.

It’s easy to see why agents and brokers are popular. They’re often able to find better deals than consumers would have found on their own. Premiums are 13 percent lower in counties with the most brokers. Plus, agents and brokers generally don’t charge for advice.

These professionals play a pivotal role in helping people sign up for coverage. In California, for instance, agents and brokers signed up 525,000 people for exchange plans in 2014. That represented 40 percent of the state’s total exchange enrollees.

Their services will be even more important this year, given some recent changes to the Affordable Care Act. This year’s open enrollment period in HealthCare.gov only runs 45 days, until December 15. In past years, it ran until late January, and will run longer this year in some state exchanges. The federal Department of Health and Human Services is also not spending as much on advertising open enrollment this year. So fewer people may even be aware that they need to sign up.

By helping people sign up for either exchange or off-exchange plans, brokers and agents can ensure a larger, more representative pool of enrollees. That will help stabilize the individual market and reduce future premium spikes.

Americans only have a few weeks to decide on a 2018 health plan. They can ensure they make the right choice by calling in some professional help.

Janet Trautwein is the CEO of the National Association of Health Underwriters.

Picking a health insurance plan? Prepare for the unexpected