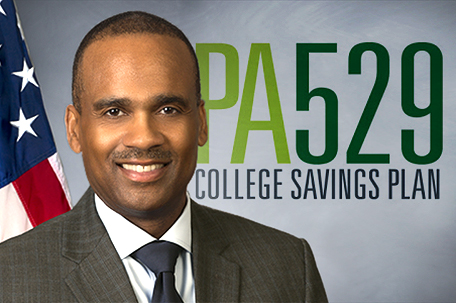 By Timothy A. Reese

College costs too much for too many, and the price continues to rise. To meet those costs many Pennsylvanians are forced to choose between thousands of dollars of debt, or the harsh realities of never achieving their dream of higher education.

Today, college graduates leave school with more debt than ever. There has been a tremendous increase in those who carry student debt compared with the previous generation—in 1993 less than half of new, four-year graduates had loans. As of 2015, 68 percent of our graduates had college loans.

The problem is especially acute when considering the average cost of published tuition and fee prices between 2011-12 and 2016-17 rose by 9 percent in the public four-year sector, by 11 percent at public two-year colleges and by 13 percent at private non-profit four-year institutions, after adjusting for inflation, according to the College Board.  In fact, Pennsylvania has the fifth highest tuition costs in the country, according to the CollegeCalc’s website.

Sadly, according to the Institute for College Access and Success, Pennsylvania students face an average loan debt of $34,798—the second highest in the country. Seventy-one percent of the state’s graduates carry some debt.

But it doesn’t have to be that way. The Pennsylvania Treasury offers two 529 college savings plans that allow residents to save for their choice of higher education for as little as $15 a month. The plans grow tax-free and when used for qualified higher education expenses, such as tuition, room and board, mandatory fees and textbooks, are tax-exempt.

Both provide flexibility to pay for college expenses at most higher education institutions across the country, be they colleges, trade schools or vocational options. The primary difference between the plans is the way savings grow.

The PA 529 Guaranteed Savings Plan (GSP) is a lower-risk plan where savings help keep pace with the rising costs of tuition without worrying about the volatility of the stock market. The PA 529 Investment Plan (IP) features low fees and more than a dozen conservative and aggressive investment options.

Both plans are a good investment:

As you think about gifting this holiday season, I urge you to consider a gift with impact. Inspire big dreams by opening or contributing to a Pennsylvania 529 College Savings Program account for your children, grandchildren or another future student. Our plans are simply one of the best ways Pennsylvanians can save for whatever their choice of higher education might be—college, vocational or trade school. By doings so, your gift can transform lives and shape futures in profoundly positive ways.

Timothy Reese is the 37th Treasurer of Pennsylvania and custodian of more than $100 billion in state financial assets. The Pennsylvania Treasury is an independent department of state government led by the state treasurer, who is elected every four years. The department’s primary duty is to safeguard and manage the state’s public funds. It invests state money to generate income on behalf of the citizens of Pennsylvania, reviews and processes payments for state government agencies, and serves as custodian of more than $100 billion in state funds. Key Treasury programs include Unclaimed Property, PA 529 College Savings Program and the Board of Finance and Revenue. To learn more visit patreasury.gov.