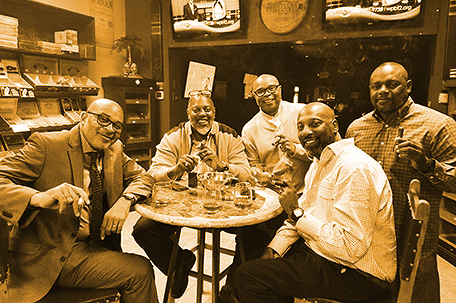 As a young man, Greg Willis bonded with his father by sitting on the front porch with him and smoking a cigar. He cherished that time, and over the years gained an affinity for robustos.

Those intimate father-son moments have come full circle for Willis, a Cox Automotive Media Solutions expert in Atlanta. He and his four business partners spent the past year developing a new high-quality cigar which they predict will turn heads.

The result is the company Emperors Cut, which produces a medium-to-full-bodied cigar that the group plans to unveil in July. They have test marketed their product to cigar smokers of various tastes to resounding praise that has fortified their efforts to push forward.  For Willis, it is an ode to his dad, Robert, who died in 1996.

“For sure, my dad would be proud of what we have created –and he would enjoy it,” Willis, 54, said.

Each of his four partners, also professional men in their 50s, took different paths to become cigar aficionados. Maurice Holland, who lives in Suffolk, Virginia, enjoyed his first cigar on vacation in Jamaica 20 years ago, he said. Since then, he has traveled extensively, always enjoying a variety of ‘sticks’ along the way.

Darnell Streat met Willis while they were students at Norfolk State University. He started smoking cigars about 15 years ago.

Greg Hurt said he has been into cigars since the 1990s and enjoys them as an opportunity to escape the rigors of everyday life.

Robert Howard, a Washington, D.C. lawyer, discovered cigars last year, believed in the product and joined the group as an investor.

Streat, who connected the partners, had contemplated developing a line for years. Finally, he called Willis.

“He believed we could make it happen,”Streat said. 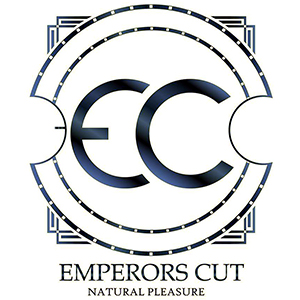 And so they have.  The business partners spent considerable time researching the industry and its domestic and international markets.  The U.S. is responsible for little than half of the $20 billion global cigar market.  They also learned about  the handful of African-American-produced cigars in the market – including El Primer Mundo, Trilogy and Tres Lindas Cubanas. But the friends are confident their product can find its place among African-Americans and cigar lovers in general.

They hired a veteran cigar roller in Miami and went through several incarnations of the product.

“The beauty of having so many experienced palates is that we could articulate clearly what we wanted to accomplish in a stick and got it right with a few iterations,” Holland said.

Their first release is called Natural Pleasure, a puros, meaning the wrapper, binder and filler — the three leaves that make up a premium cigar — are all made from the same country of origin, in this case Nicaraguan.

“It starts with pepper notes and evolves into a very smooth smoke with hints of coffee, cocoa and pepper,” Holland said. “It will to appeal to the most experienced cigar smokers, while its flavor profile appeals to less experienced and new smokers (and) women smokers.”

The $10 price was intentional; they wanted a high-quality but affordable cigar –well, affordable by cigar standards.

But getting where they are has been a journey that tried their patience and resilience, particularly as African-American proprietors.

“Imagine the skepticism of Westerners teaching kung fu! Given the art was created by Asians, the perception is they are best suited to advance the art,” Holland said. “Apply that (thinking) to cigars and Latin America. We know our product has to be on point to get over the frame of reference hurdle.”

Then there were the endless machinations to get licensed.

“The U.S. government does not make it easy for new players in the tobacco space,” Holland continued. [It also was challenging] getting a seat at the table with smokers. You have smokers who are not open to cigars outside their knowledge zone. We want mind share [to influence experienced, knowledgeable smokers] and that remains our challenge in a mature market.”

They were surprised to find that one of the most significant barriers was erected by the Food & Drug Administration. Starting this August, it will begin applying a regulation designed to make sure drugs are safe — called “substantial equivalence” — to new tobacco products. This means they cannot market their stogies until  the FDA issues an order permitting their sale. Given the backlog in applications, the FDA’s permission is not likely to come soon. This process pushed the partners to the brink of giving up it was so arduous, Willis said.

“The cigar industry is extremely insular; they keep proprietary information close to their vest and are hesitant to new entrants,” he added. “We experienced this but found a strategic partner that helped us navigate the complexity of Substantial Equivalence and other nuanced matters.

“We understood substantial equivalence was a major hurdle but not insurmountable short-term. We did the due diligence by way of research to stay within the scope of Substantial Equivalence. Our blend does not fall outside the scope of the existing blends of our strategic partner. Yet, our blend remains true to what we intended it to be.”

Howard, the lawyer, oversees “compliance with the myriad of laws governing the marketing and sales of cigars.”

Willis and Streat are hybrids, serving in various capacities of the business.

The friends invested “significant” funds to launch the company, Willis said, and will invest more capital into their marketing campaign, which includes distinctive packaging and distribution through their Nicaraguan partner.

They plan to produce 10,000 cigars to start and will market them through their website, emperors-cut.com.

“Emperors Cut is a lifestyle brand,” Holland said, “synonymous with good times. The smoker defines the good time; we just want to be their stick they know augments their fun.”