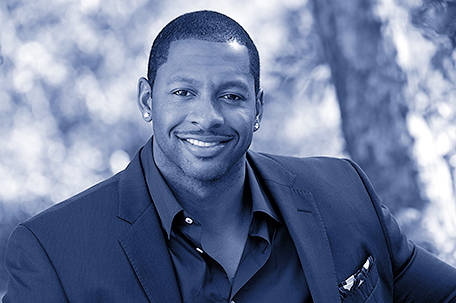 Philadelphia native Shawn Bullard was making financial plays even before he joined the NFL’s San Diego Chargers as their outside linebacker from 2005-08. Before he even graduated from Temple University, he decided to invest in real estate during his senior year. His first investment property was on the 1100 block of Lehigh Avenue. Even then, Bullard was taking risks and strategizing, determining the property was perfect because it was mid-way between both Temple’s Main Campus and its Health Sciences Campus. When he sold the property a few years later, Bullard made a sizeable profit, enough to launch Konkrete Investments, LLC.

Although he did make it to the NFL, an injury during his senior year began to cause issues during his time with the Chargers. The injury, combined with the subsequent NFL “politics” Bullard experienced made him realize that football was not a guarantee. After leaving the Chargers, with hopes of being picked up by one of two other NFL teams, Bullard began to spend a lot of time focusing on learning more about real estate. This ultimately led Shawn to uncover his passion, and knack for developing properties.

Fast forward 10 years, and Konkrete Investments is one of the only black owned real estate development firms in Philadelphia, with the majority of the city’s developers being white and/or non-Philadelphia residents. Bullard also happens to be one of the youngest developers in the city, just 33 years old.

“I am the young professional that people are trying to sell to, so I have an advantage”, says Bullard, “I know what my peers would like, how the property should look, what new modern appliances or tile to install.”

Bullard credits himself with being the first to develop some of the most popular blocks of student housing around Temple University, including 19th and Diamond Streets.

“Before we had windows and floors in the Mansion Lofts (on Diamond Street), we had the property completely rented.” Over the past decade the area surrounding Temple University has experienced 1000 percent growth according to city statistics, including amount of off-campus student housing available and the average cost.

Although Konkrete Investments has focused on Student Housing in the Temple University area for the past several years, Bullard has decided to take his company in a new direction, venturing into some new home developments over the next few years. One of his largest projects includes an 11000 sq. ft. development along the 1500 block of 8th Street (8th and Jefferson Streets). Bullard is currently developing this land to provide mid to upper level income homes for young professionals and families, including 20 condos.

In addition to his real estate ventures, Bullard also owns or co-owns several other business ventures, including a hair salon on Temple University’s campus, Studio 1944 (located at 1944 Cecil B. Moore Avenue).

Shawn attributes his success to applying his football background to his business ventures. For Bullard there is one main rule: “Always work longer and harder than your competitors.”