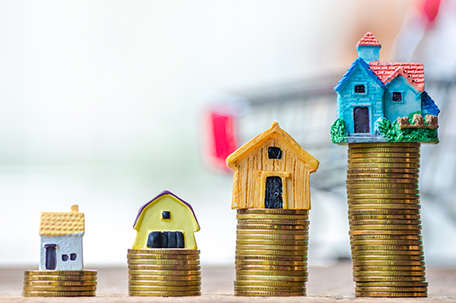 May 17, 2019 Category: Color Of Money Posted by: Philadelphia Sun Staff

Former Mayor John F. Street recently announced the filing of a lawsuit on behalf of Robert L. Cunningham to stop the Kenney’s administration’s real estate assessment increases. Cunningham is an octogenarian resident of North Philadelphia who has lived in his home for more than 47 years and received a 61% tax increase.

The law suit which names Mayor Kenney, Finance Director Rob Dubow and Chief Assessment Office Michael Piper as defendants seeks declaratory, injunctive and mandamus relief for taxpayers who have been over-assessed and charged too much for their properties.  As many as 200,000 residential properties are over assessed.

The plaintiff has asked the court to order the city to reassess all properties in the next 90 days and enjoin the city from using current assessments as the basis for new tax bills.  Results of the reassessment should be submitted to City Council for its consideration for this tax year.  In the corrected tax bills, residents who were over assessed will receive a refund for their overpayments.

“This is the most egregious distortion of the democratic process that I have seen in 50 years,” said Street. “No other administration since the enactment of the 1951 Home Rule Charter has had the capacity or the inclination to raise hundreds of millions of real estate tax dollars without a vote of Council. This is the most blatant and flagrant perversion by a modern-day mayor and a clear violation of one of democracy’s pillars — taxation without representation.”

These back-door tax increases have happened in every year of his administration and reached a crescendo this year.

According to the lawsuit, Mayor Kenney’s action ‘which de facto raises taxes without legislative authorization is unconstitutional’.

“In 2018, the three taxateers, Kenney, Dubow and Piper, arbitrarily raised taxes on commercial properties by $118 million just because they could,” added Street.  “Commercial and industrial tax payers aren’t the enemy, they deserve to be treated fairly.”

Kenney’s pending budget proposal is $1 billion more than his predecessor’s last budget and there are billions more in proposed tax revenues that come solely through this unconscionable back door process.  Initially up to 200,000 real estate taxpayers have been hammered with these residential real estate tax increases, some of which have been as high as 300 percent.

The lawsuit alleges, ‘this unlawful action by the Mayor would cause the plaintiff, Mr. Cunningham, and other property owners to currently pay a disproportionate share of the local tax burden.  Additionally, the suit alleges the action is discriminatory.

“A vote for Kenney is a vote for four years of unrestrained, illegal real estate tax increases,” Street said.

“Mayor Kenney is the first mayor to abuse the authority given the city’s chief executive to unilaterally raise taxes through the assessment process,” said Williams.  “These taxes are driving out Philadelphians out of their home and their neighborhoods.”

Street recommends that out of an abundance of caution any real estate taxpayer who has received an increase immediately file an appeal.

A motion has been file for preliminary injunction and plaintiff is awaiting a hearing date.