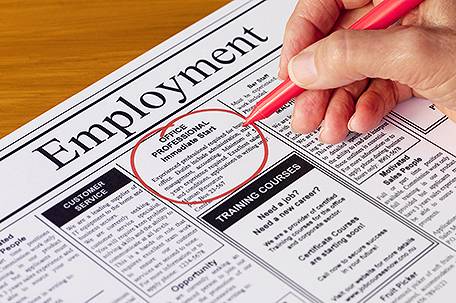 As millions of Americans returned to work from holiday vacations, at least 1.3 million others are glued to a congressional debate to see whether their emergency unemployment insurance will be extended.

No doubt, with the approximate 12 percent Black unemployment rate, double that of Whites, African-Americans are disparately affected by the pending decision.

“This issue is particularly critical for our community. Although African-Americans make up fewer than 13 percent of the national population, we represent more than 22.6 percent of the long-term unemployed,” said Hilary Shelton, Washington Bureau director of the NAACP, which issued a statement pleading with Congress to restore the benefits.

But, a bi-partisan budget deal struck in Congress in December did not include the emergency insurance, which ended Dec. 28. The scenario sparked new hardships for unemployed people who now face 2014 wondering how they will pay their bills, keep warm and feed their families without it.

The debate comes down to a partisan standoff. Senate Majority Leader Harry Reid was correctly optimistic as the Democratic-led Senate moved to discuss the emergency relief bill on Tuesday. But, although a bi-partisan group is working on a three-month extension, it was not clear how the Republican dominated House of Representatives will vote.

Democrats argue that denying the insurance not only hurts households, but puts a drag on the already beleaguered American economy. Republicans argue that continuing emergency unemployment insurance allows the Obama Administration and Congress to procrastinate on establishing new ways to build the jobs market. Republicans also say the $25 billion cost of the extension is too much.

Such is the familiar character of Washington politics in the second session of the 113th Congress. Meanwhile, President Barack Obama, back from Christmas in Hawaii, is pushing for the extension of the emergency insurance. Saying it is “just plain cruel” to deny the continuation, he called for the same bi-partisan cooperation that led to the passage of the budget in December. He says he would sign the bill if it is passed.

“Just a few days after Christmas, more than one million of our fellow Americans lost a vital economic lifeline – the temporary insurance that helps folks make ends meet while they look for a job,” he said in his weekly address on Saturday. “Republicans in Congress went home for the holidays and let that lifeline expire. And for many of their constituents who are unemployed through no fault of their own, that decision will leave them with no income at all.”

The Senate was set to return to session Monday and the House of Representatives was to return on Tuesday – the same day the President has set a White House gathering with some who have lost their unemployment benefits. With mid-term elections coming up Nov. 4, 2014, it’s difficult to predict whether enough Republicans will heed the pleas to pass the emergency relief or whether they will stick to their partisan stances to win votes.

Obama indicates the unemployment insurance crisis could cause a setback just as America is in striking distance of financial recovery.

“After five years of working and sacrificing to recover and rebuild from crisis, we have it within our power, right now, to move this country forward,” he said.  “It’s entirely up to us.  And I’m optimistic for the year that lies ahead.”